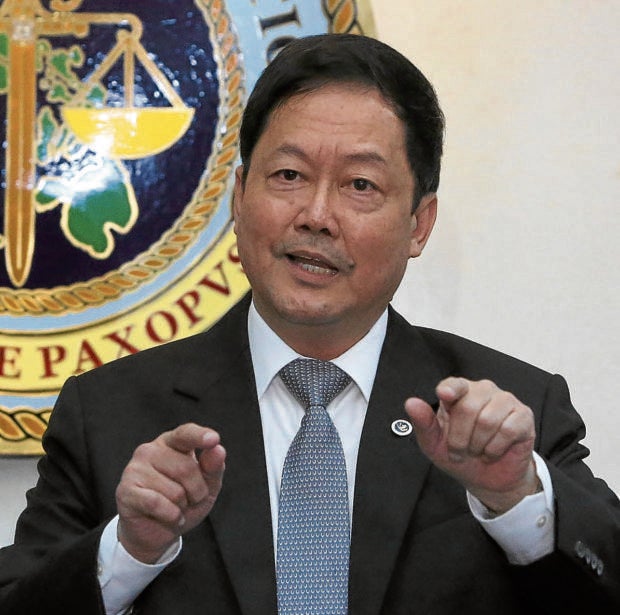 The ongoing lockdown has delayed the signing of a memorandum of agreement (MOA) among the Department of Justice (DOJ), the Office of the Ombudsman (OMB) and the Commission on Audit (COA) on the deployment of resident antigraft officers to corruption-plagued state agencies.

Justice Secretary Menardo Guevarra, however, was hopeful the MOA would be signed soon.

“[It] was supposed to have been jointly signed already around this time but the enhanced community quarantine (ECQ) intervened,” he told reporters on Wednesday.

Metro Manila was placed under ECQ from Aug. 6 to 20 to curb a surge in COVID-19 cases due to the more infectious Delta variant.

According to Guevarra, the MOA “sets forth the general terms for the deployment of prosecutors and auditors as deputized ombudsmen” to act as watchdogs in corruption-prone government agencies.

“Specific provisions, such as on trigger amounts, will be spelled out in separate agreements with agencies where [a] resident ombudsman will be assigned,” he said when asked if the agreement would specify a threshold amount for transactions that would fall under graft and other criminal offense investigation.

Guevarra added that government officials might be held liable for any “unjustified failure to comply or render an acceptable explanation” for violations of accounting and auditing regulations.

Government agencies and their officials may also be accused of “more serious violations of law, such as for breach of antigraft and government procurement laws” in case they fail to give a justified explanation, he said.

Guevarra said the idea to deputize state prosecutors and auditors came from Ombudsman Samuel Martires himself.

“He (Martires) explained that his office did not have enough manpower to revive the resident ombudsmen of the past on their part,” he clarified in a previous interview.

Apparently fed up with the unabated corruption under his administration, President Duterte earlier directed Guevarra to lead the task force that would investigate allegations of corruption in government and prosecute corrupt public officers, a mandate specifically given by the Constitution to the OMB.

The task force, headed by the DOJ, was composed of representatives from the National Bureau of Investigation, the Presidential Anti-Corruption Commission, the Office of the Special Assistant to the President, the National Prosecution Service and the Anti-Money Laundering Council.

The Ombudsman, the COA and the Commission on Civil Service, although not part of the main task force, were invited to work with the panel, with due consideration for their independence as constitutional bodies, in investigations.