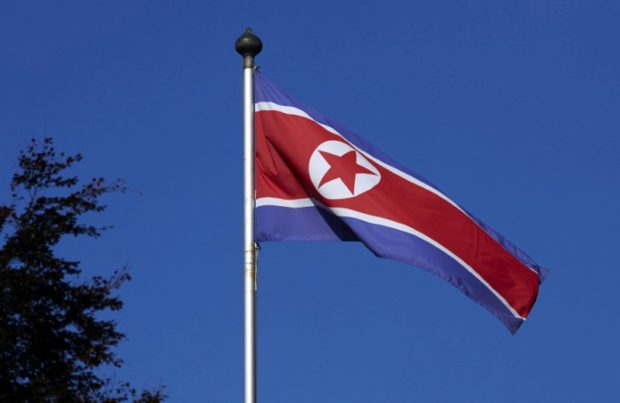 A North Korean flag flies on a mast at the Permanent Mission of North Korea in Geneva October 2, 2014. REUTERS FILE PHOTO

SEOUL — North Korea on Wednesday said South Korea and the United States missed a chance to improve relations and are risking a “serious security crisis” by choosing to escalate tensions as they conduct joint military drills.

The statement comes a day after Kim Yo Jong, the powerful sister of leader Kim Jong Un, warned Seoul and Washington over annual joint military drills set to begin this week.

For the second day in a row, North Korea did not answer routine calls on inter-Korean hotlines, South Korea said on Wednesday.

The hotlines were only reconnected at the end of July, more than a year after the North severed them amid rising tensions.

The sudden resumption in inter-Korean calls followed a series of letters between South Korean President Moon Jae-in and Kim Jong Un, but the new flare-up casts doubt on Moon’s goal of improving relations with Pyongyang in this last year of his presidency.

It also raises the prospect of new North Korea missile tests, something Pyongyang has often done in the past to signal its displeasure.

Kim Yong Chol singled out Seoul for what he said was a missed opportunity to improve inter-Korean relations by going ahead with the drills.

The South must be made to “clearly understand how dearly they have to pay” for choosing their alliance with Washington over peace between the Koreas, he said in the statement carried by state news agency KCNA.

“We will make them realize by the minute what a dangerous choice they made and what a serious security crisis they will face because of their wrong choice,” Kim said.

U.S. President Joe Biden has said it is up to Pyongyang to respond to his pledge to seek “practical” ways to engage.

North Korea has also said it is open to diplomacy, but that the United States and South Korea have clung to hostile policies, such as continuing to hold regular military drills.

Analysts said Pyongyang may be using sharp rhetoric to boost its leverage in future talks, wring concessions from South Korea, or distract from domestic economic crises.

“The Kim regime is shifting blame for its struggles to restart the economy after a long, self-imposed pandemic lockdown,” said Leif-Eric Easley, a professor of international studies at Ewha University in Seoul.

“Pyongyang is also trying to pressure South Korean presidential candidates to express differences with U.S. policy on sanctions and denuclearization,” he added.