PNP probes why watchman was armed while roaming Tondo, shooting a scavenger dead 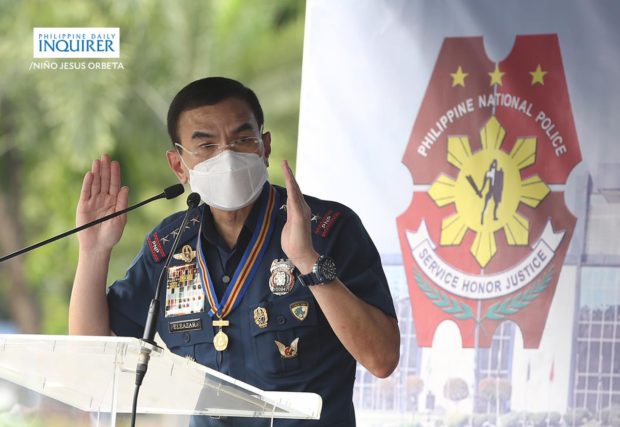 MANILA, Philippines — The Philippine National Police (PNP) on Tuesday said an investigation is underway to determine how a barangay tanod (village watchman) in Tondo managed to carry a firearm while roving a barangay in Manila during curfew hours over the weekend.

Village watchman Cesar Panlaqui, 55, was arrested for the death of Eduardo Geñoga, a mentally ill scavenger who was shot to the chest. The incident was caught on CCTV.

Police also seized from Panlaqui a revolver of unknown caliber without a serial number. He is now under the custody of the Manila Police District.

(We need to know why this village watchman was allowed to carry a firearm and if it is registered. If investigation revealed that the seized firearm from Panlaqui is not registered, he will face additional charges of illegal possession of a firearm.)

To avoid similar incidents, Eleazar said the police commanders should make sure that village watchmen will not be allowed to carry guns.

In the wake of the incident, Eleazar reminded police of engagement policies and other operational procedures.

“We remind our personnel to always observe our protocols especially in dealing with civilians, particularly in the enforcement of the ECQ in Metro Manila and other areas,” Eleazar noted.

“In the enforcement of minimum public health safety standards and ECQ rules in Metro Manila, we always remind our law enforcers to observe maximum tolerance on quarantine violators,” he added.

(Violence should not be the resort when it comes to apprehending violators.)