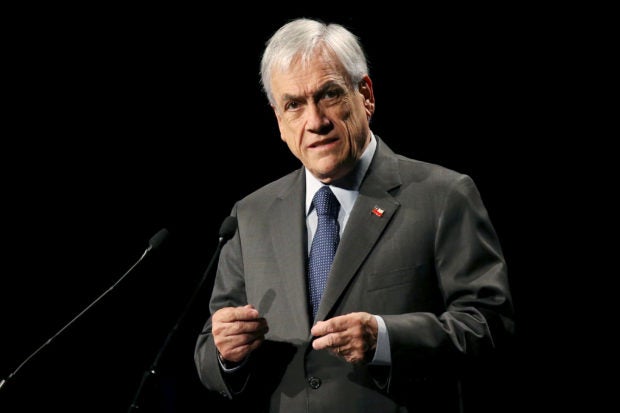 Chile launched one of the world’s fastest mass inoculation campaigns against COVID-19 in February and has now fully vaccinated more than 60 percent of its population, predominantly with Sinovac’s CoronaVac.

“We have decided to start a reinforcement of the vaccination of those who have already received both doses of the vaccine Sinovac,” Pinera said in a televised address.

The country will begin administering an additional dose of Oxford’s AstraZeneca vaccine on Aug. 11, beginning with citizens over 55 years old who received their shots before March 31.

Chile joins the United States, Germany, France and Israel in giving booster shots, despite a plea by the World Health Organization to hold off until more people around the world can get their first shot.

Health Subsecretary Paula Daza said domestic and international studies suggested the boosters would help reinforce immunity, but that Chile had already donated vaccines to its neighbors and would continue to help as needed.

“We are always analyzing the recommendations, and obviously the possibility of cooperating with other Latin American countries,” she said.

The death toll in Chile from the pandemic stands at 35,806 and there have been about 1.6 million confirmed cases in total.

Moderna Inc. on Thursday also said it expects booster shots will be needed this winter, given the Delta variant’s impact and expectations that antibody protection will eventually wane.

It said its COVID-19 vaccine was about 93 percent effective through six months after the second dose, showing hardly any change from the efficacy reported in its original clinical trial.

However, the data does not include the vaccine’s performance against the more contagious Delta variant of the coronavirus, which has caused breakthrough infections among fully vaccinated people.

Moderna, along with Pfizer and German partner BioNTech, which make a similar messenger RNA-based vaccine, have been advocating for booster shots, even as public health officials call for more evidence that they are needed.

The fast-spreading Delta variant, now dominant in many countries, has caused surges in hospitalizations and deaths among the unvaccinated.

But reports of infections among vaccinated people and concerns about diminishing protection has increased pressure on wealthy nations to distribute booster shots, even as many countries struggle to access first vaccine doses.

Pfizer/BioNTech last week presented data showing their vaccine’s efficacy waned about 6 percent every two months, declining to around 84 percent six months after the second shot. Pfizer has said it plans to seek US authorization for a third shot later this month.

Moderna President Stephen Hoge said in an interview with Reuters that the 93 percent efficacy data covers through March of this year.

“It looks like we’ve got durable efficacy,” Hoge said. “But we are currently blind to what’s been happening around Delta, and particularly around the explosion of cases that’s happened in June and July.”

Moderna Chief Executive Stephane Bancel said during a conference call the company will not be able to produce more than the 800 million to 1 billion vaccine doses it has already targeted for this year.

“We are not taking any more orders for 2021 because we are we are totally maxed out,” he said.

The new Moderna data comes from the company’s roughly 30,000-participant clinical trial used to gain emergency authorization for the vaccine in December.

While the Pfizer/BioNTech and Moderna shots are similar, they are not identical. Moderna’s doses contain 100 micrograms of vaccine, while Pfizer’s contains 30 micrograms.

Moderna has been testing lower, 50-microgram dose versions of its vaccine as boosters. Studies of three different booster candidates induced robust antibody responses against variants, including Gamma, Beta and Delta, it said.

Hoge said the higher dose of its vaccine may be playing a role in durability, but the company is pleased with protection seen in its lower-dose boosters. Moderna is also testing, and has not ruled out, a 100-microgram booster, he said.