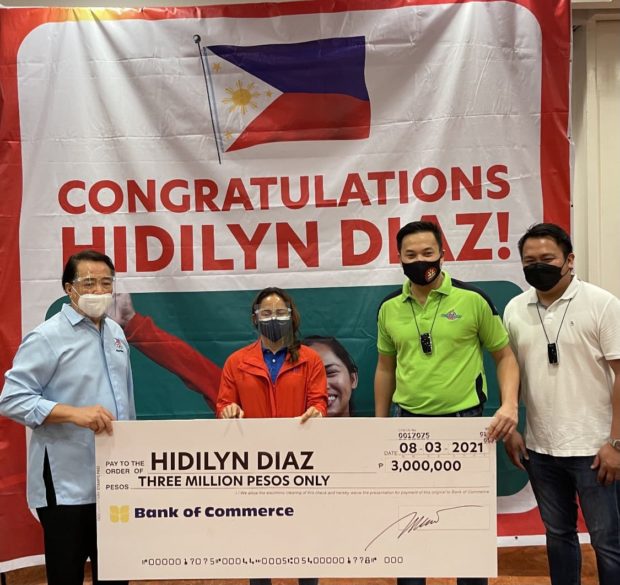 Diaz personally received the check from Romero amounting to P3 million, in line with the lawmaker’s promise to give cash reward to Filipino athletes who will capture a gold medal in the Tokyo Olympics.

Diaz, in her fourth straight Olympics, delivered the Philippines’ breakthrough gold medal after conquering the women’s 55 kilograms weightlifting competition at the Tokyo Olympics.

Meanwhile, Romero said he will also give P2 million to boxer Nesthy Petecio for her silver medal win in the Olympics. The turnover will happen once Petecio returns to the country, said Romero.

Romero, who placed 46th in the Forbes magazine list of wealthiest Filipinos in 2020 with a net worth of US$135 million or P6.5 billion, said that the reward came from his private company.

Aside from being a lawmaker, Romero is also the chairman and president of Globalport 900, Inc.