Explainer: How an impeachment of New York Governor Cuomo would proceed 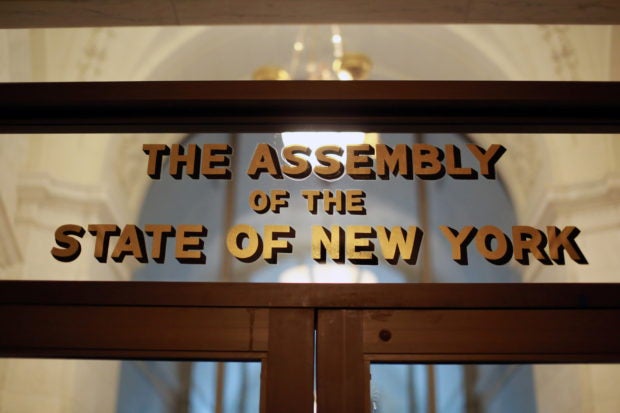 NEW YORK — With New York Governor Andrew Cuomo resisting widespread calls for his resignation after a state investigation concluded he had sexually harassed at least 11 women, attention is focused on the ongoing impeachment investigation by the state Assembly.

Under the New York Constitution, the Assembly has the sole power to impeach the governor and bring him to trial before the Senate, who would then weigh whether to convict and remove him from office. An impeachment resolution would require at least 76 votes from the 150-member Assembly to pass.

​ If impeached, Cuomo would then face trial in the New York State Senate, overseen by state appellate judges. At least two thirds of the 63 senators, who act as jurors, would need to vote in favor of convicting and removing Cuomo from office.

An impeachment of Cuomo, a Democrat who has been governor since 2011, looks increasingly likely. It is less clear whether the Senate would convict the three-term Democrat and remove him from office.

Carl Heastie, the speaker of the Democrat-controlled Assembly, held a conference with his fellow members to discuss the report released by the Attorney General Letitia James on Tuesday.

He released a statement saying “the Governor has lost the confidence of the Assembly Democratic majority and that he can no longer remain in office.”

The Assembly’s Judiciary Committee first opened an impeachment investigation in March after two former Cuomo came forward with complaints of sexual harassment by the governor.

Lawmakers said their investigation would include, but not be limited to, the sexual harassment allegations against Cuomo and complaints by lawmakers that Cuomo and his staff withheld data showing the true COVID-19 death toll in the state’s nursing homes.

Cuomo, who has denied wrongdoing, will have the right to present a defense at any Senate trial.

Heastie had said the Assembly was waiting to see the findings of the attorney general’s investigation, which was led by two independent lawyers.

With a damning 168-report now in hand concluding that the Cuomo broke federal and state sexual harassment laws, Heastie called the findings “gut-wrenching” and vowed on Tuesday to complete the impeachment investigation as “quickly as possible.”

That could conclude within a month, and a trial in the Senate could begin by late September of early October, the New York Times reported, citing unnamed people who knew about the proceedings. Heastie’s office did not respond to questions about a timeline.

If Cuomo is impeached, Lieutenant Governor Kathy Hochul would become acting governor while he faces trial.

Andrea Stewart-Cousins, the majority leader of the Democrat-controlled Senate, said on Tuesday that the complaints against Cuomo were disturbing and repeated her earlier calls on him to resign.

The Assembly has impeached and the Senate has convicted a New York governor only once. In 1913, William Sulzer, a Democrat, was removed from office after he was convicted of misusing political campaign contributions.