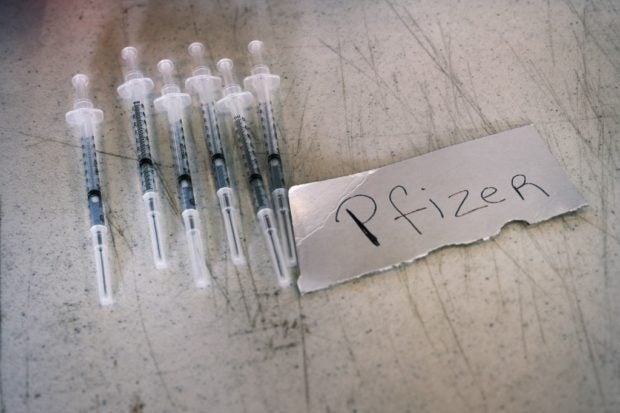 GENEVA — The United States rejected an appeal from the UN health agency on Wednesday for a moratorium on COVID-19 vaccine booster shots, while China tightened overseas travel curbs after recording its highest number of infections in six months.

The World Health Organization said halting booster shots until at least the end of September would help ease the drastic inequity in dose distribution between rich and poor nations. And that, they said, would help fight a pandemic that has killed more than 4.25 million people worldwide.

“We cannot accept countries that have already used most of the global supply of vaccines using even more of it, while the world’s most vulnerable people remain unprotected,” said WHO chief Tedros Adhanom Ghebreyesus.

Washington swiftly shot down the proposal.

“We definitely feel that it’s a false choice and we can do both,” White House press secretary Jen Psaki told reporters, adding that the US has donated more doses than any other country.

“Also in this country (we) have enough supply to ensure that every American has access to a vaccine,” she added.

The WHO said the moratorium would help towards the goal of vaccinating at least 10 percent of every country’s population by the end of September.

At least 4.27 billion doses have been administered globally so far, according to an AFP count.

However WHO vaccines chief Kate O’Brien said there was no convincing evidence yet as to whether booster doses were actually necessary.

The Olympic Games, which went ahead despite a rise in cases in Japan, reported that all 12 members of the Greek artistic swimming team had entered isolation after five tested positive for coronavirus.

The team has withdrawn from remaining competition and the seven members who have so far tested negative have agreed to move to a facility for “close contacts” of positive cases, Tokyo 2020 spokesman Masa Takaya said.

“We pray for their swift recovery,” Takaya said, adding that it was the first “cluster” discovered at the Games.

In China, which had previously boasted of its success in crushing COVID-19 after it first emerged there in December 2019, mass testing campaigns have uncovered Delta variant infections across the country.

Local governments have tested entire cities and locked down millions, with the official figures on Wednesday revealing 71 new infections — the most since January.

China’s immigration authority announced it would stop issuing ordinary passports and other documents needed for exiting the country in “non-essential and non-emergency” cases.

However the authorities have pulled back from issuing a blanket ban on overseas travel.

COVID infections in Iran have surged, hitting a new one-day record for a third straight day Wednesday and taking total cases to more than four million.

The official figures are widely believed to underestimate the real toll but even they make Iran the Middle Eastern country worst hit by the pandemic.

Indonesia’s coronavirus death toll topped 100,000 on Wednesday as the country struggles to control the spread of the Delta variant.

Southeast Asia’s biggest economy has now detected Delta in dozens of regions since it was first found in the archipelago in June.

Scores of Indonesians are dying at home, unable to access hospital care or medical oxygen supplies as health care facilities are stretched to the limit.

The curbs have started to take a toll on the country’s economy.

“Financially, it really affects me. I have very few customers because people don’t go to the office,” ride-hailing driver Dicky told AFP.

The change, which will come into effect on Sunday, puts France back on England’s “amber” list of countries under its traffic light system for arriving travellers, a status already extended to the rest of the European Union.

France’s exclusion from the amber list had provoked protests from Paris.