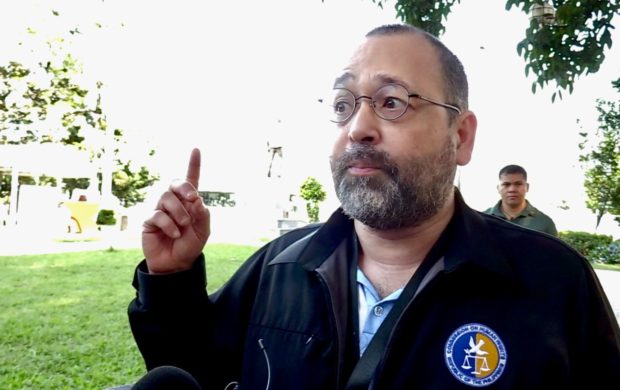 The success of the UN joint program on human rights depends on whether the government becomes more transparent and cooperative, according to the head of the Commission on Human Rights (CHR).

Critics see the program signed recently between the Philippines and the United Nations as a “watered-down” compromise that fell short of expectations for a full-blown investigation into alleged abuses.

For CHR chair Chito Gascon, it “provides diplomatic and financial incentives but whether it would result in positive outcomes depends ultimately on whether the government will step up and do better. However, we note that Justice Secretary (Menardo) Guevarra and Foreign Secretary (Teodoro) Locsin (Jr.) have made personal stakes in ensuring that this program will succeed.” “The core question now is if it will be possible to mobilize the political capital at the highest level,” Gascon added.

The UN joint program signed on July 22 was based on a UN Human Rights Council resolution in October calling for “technical assistance and capacity building … with a view to further improve the situation of human rights in the Philippines.”

It was the first national level cooperation on human rights between the country and the United Nations, following calls for the international community to pressure the Philippines to relent on its brutal antidrug crackdown that has killed thousands in the past five years.

It also sets concrete milestones and indicators that the Philippines must observe in the next three years.

This includes, among others, reducing the number of deaths due to police operations by 30 percent by June 2024, improving access to community-based treatment, and improving the number of police-related deaths investigated, according to the program documents.

Essentially, the initiative is a chance to prove to the International Criminal Court (ICC), which is currently investigating the country for alleged crimes against humanity, that domestic mechanisms are working here.

But whether the framework actually translates to positive results on the ground “remains up in the air,” Gascon said.

“If in the next three years of the life of this program there is no serious investigation conducted and no one is ever brought to justice, then complementarity applies,” he pointed out, referring to the legal principle that the ICC may exercise jurisdiction only when national legal systems fail to genuinely prosecute crimes under international law.

“However, if there is progress and [all] the real perpetrators are brought to justice, the ICC in its own decision may say it is working,” Gascon said.

Should the program fail, “it could lead to sanctions and repercussions, but that’s way down the road,” he added. INQ