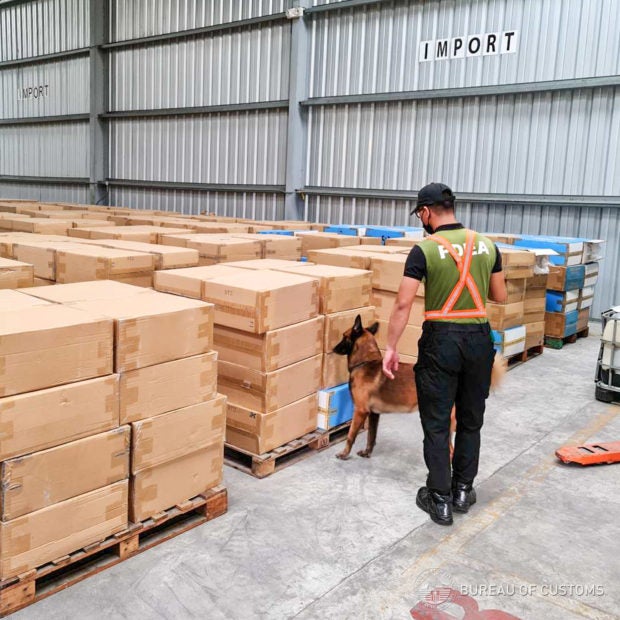 Agents of the Bureau of Customs (BOC) in the Subic Bay Freeport inspect the shipments containing P78-million worth of alleged fake cigarettes. (Photo courtesy of BOC)

SUBIC BAY FREEPORT––At least P78 million worth of alleged fake cigarettes were confiscated inside this freeport, the Bureau of Customs (BOC) said on Tuesday, Aug 3.

Two container shipments loaded with various counterfeit brands of cigarettes were consigned to Mysticflare Import and Export Co. These arrived here on July 13 and were inspected Monday, according to the BOC.

The BOC issued warrants of seizure and detention against the shipment’s owner for violating the Intellectual Property Code of the Philippines.