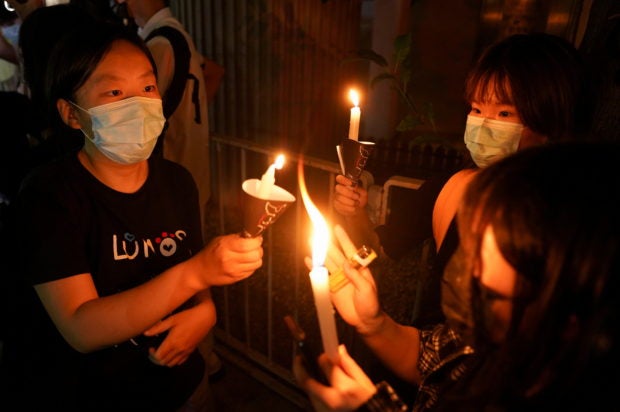 HONG KONG — Hong Kong’s June 4th Museum, dedicated to the victims of China’s 1989 crackdown on pro-democracy protesters in and around Beijing’s Tiananmen Square, reopened online on Wednesday as “8964 Museum,” a pro-democracy group said.

The Hong Kong Alliance in Support of Patriotic Democratic Movements of China, the organizers of annual June 4 vigils in the global financial hub, said the launch was crowdfunded and organized overseas after a “political risk assessment.”

Its physical location in Hong Kong closed on June 2 due to an investigation by the Food and Environmental Hygiene Department into its licensing.

After Beijing set the financial hub on an authoritarian path with its imposition of a sweeping national security law last year, fears have grown over whether the museum would still be allowed to operate.

“Political repression has intensified,” the alliance said in a statement. “The June 4th Museum is currently closed and reopening will only be considered when a suitable method or location is found in the future.”

The online museum operates independently from the alliance, the statement said.

The former British colony of Hong Kong, which returned to Chinese rule in 1997 with a promise its wide-ranging freedoms would remain intact, traditionally holds the largest June 4 vigil in the world to commemorate the victims of the crackdown. Mainland China bans commemorations and heavily censors mention of the topic.

The alliance’s chairman Lee Cheuk-Yan is in jail accused of participating in an unauthorized assembly.

Vice-chairwoman Chow Hang-tung was arrested on the eve of June 4 this year and charged with incitement to knowingly take part in an unauthorized assembly. She has been denied bail.

Hong Kong authorities have repeatedly denied curbing human rights and freedoms in the city and say law enforcement has been based on evidence and has nothing to do with the background, profession or political beliefs of those arrested.

China has never provided a full account of the 1989 crackdown. The death toll given by officials days later was about 300, most of them soldiers, but rights groups and witnesses say thousands of people may have been killed.