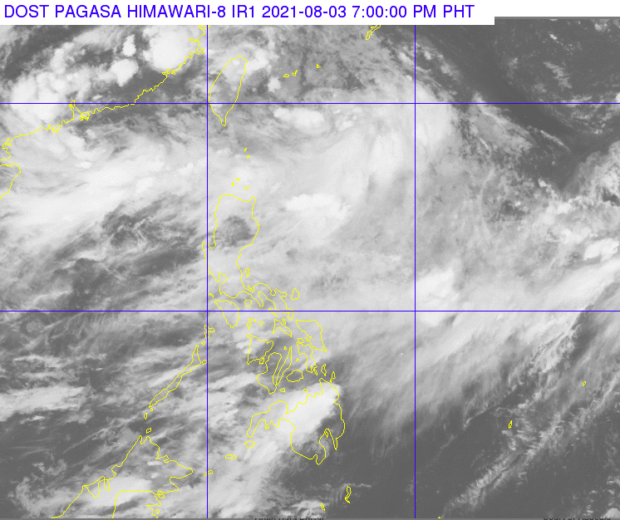 MANILA, Philippines — Monsoon rain will persist in parts of northern and western Luzon while slightly cloudy to cloudy skies can be expected over the rest of the region, including Metro Manila, from Tuesday night through Wednesday, the state weather bureau said.

This, as the Philippine Atmospheric, Geophysical and Astronomical Services Administration (Pagasa) also noted in its latest weather bulletin that hot and sunny weather will likely prevail in Visayas and Mindanao even if scattered rain due to thunderstorms remains possible in these regions on Wednesday afternoon and night.

One LPA, he said, is inside the Philippine Area of Responsibility (PAR) and last spotted 580 kilometers (km) northeast of Itbayat, Batanes. It is expected to become a storm in the next 48 hours, but should also leave PAR by then, he noted.

The other LPA, he added, is located east of northern Luzon although outside PAR. It is continuing to move farther away, he also said.

(That is why we should expect rains in the coming days, especially in Luzon.)

Meanwhile, the forecast temperature range in key cities/areas are as follows:

Pagasa said gale warning remains over the northern and western seaboards of Luzon. Thus, Figuracion warned fisherfolks with small boats against sailing out to the sea.

(It is dangerous for our fellowmen to set sail especially for those who use small marine vessels.)