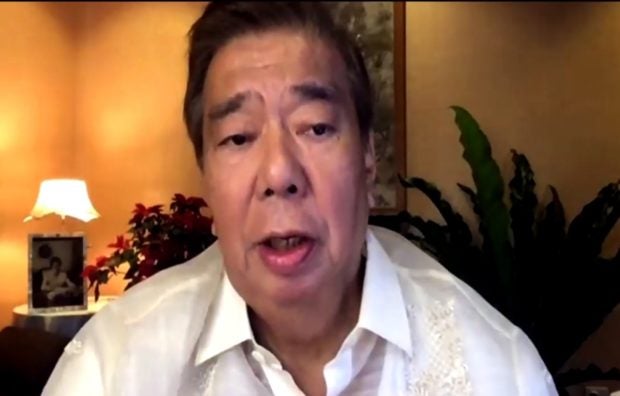 “I don’t agree with (former) Senator Trillanes that we should not talk with other prospective candidates. I think we should have a big tent wherein we can attract all sectors who believe that the next administration should not be identified with the present administration and therefore a broader coalition is necessary,” Drilon, vice chairman of the Liberal Party, said in an online interview with reporters Tuesday.

“At this stage, I don’t think we should already exclude certain politicians and not pursue a united ticket,” he added.

Drilon made this remark as he was asked for his comment on the recent Facebook post of Trillanes, in which the former senator said the opposition should not sacrifice its core principles solely in the name of winning the elections.

“VP Leni needs to believe in herself that she can win, and that all of us are here to help her make it happen. Hindi nya kailangan sina [Senator Panfilo] Lacson at [Senator Richard Gordon. Madi-dilute lang ang message of CHANGE ng opposition, which is our biggest campaign weapon in 2022,” Trillanes said.

“As regards conducting exploratory talks, hindi kami purists pero let us not sacrifice naman our core principles at the altar of ‘winnability’,” he added.

Robredo earlier held separate meetings with Lacson and Gordon as part of the Vice President’s “commitment to forge the broadest possible unity among groups and individuals seeking change in 2022.”

Lacson already confirmed his presidential bid in 2022 while Gordon earlier expressed interest in seeking the presidency.

Amid Trillanes’ criticism, Drilon stressed the need for the opposition to have a united front in the 2022 elections.

“Maybe in another time, the ideal situation could be pushed. We should not talk to certain people but I don’t agree at this time that it is a good strategy. I don’t agree that we should not talk to Senator Lacson and Senator Gordon. They have done their share in maintaining their principles. I disagree with (former) Sen. Trillanes with all due respect,” Drilon added.