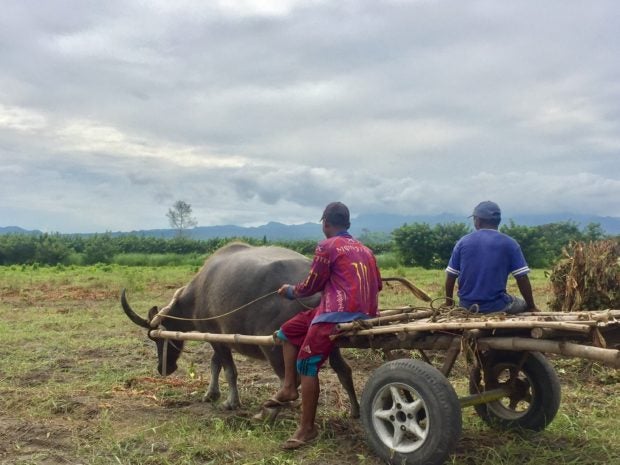 Farmers in Zambales province have been struggling to find an alternative source of living due to the prolonged monsoon rains that have destroyed farms. (Photo by Joanna Rose Aglibot)

SAN ANTONIO, Zambales — The torrential rains spawned by the southwest monsoon and Typhoon Fabian have left at least P8.6 million worth of damage to agriculture, local data showed on Monday, Aug. 2.

According to the Provincial Agriculture Office, the inclement weather has already affected 955 farmers and 864.63 hectares of farm lands in 13 towns. It said damage to livestock amounted to P81,400.

Fishermen in the province were still unable to catch fish, forcing them to look for alternative sources of income, said fisherman Bobby Roldan.

“We could not venture out to sea in the last two weeks that it has been raining hard because of the strong waves,” Roldan, also vice chair for Luzon of fisherfolk group Pamalakaya, told the Inquirer

Pamalakaya and militant farmers’ group Kilusang Magbubukid ng Pilipinas have been seeking a P15,000-production subsidy for the rural sectors to cushion the devastating socio-economic impacts of the pandemic and other calamities.

The production subsidy proposal was already filed by the Makabayan bloc in Congress under House Bill 9192. INQ