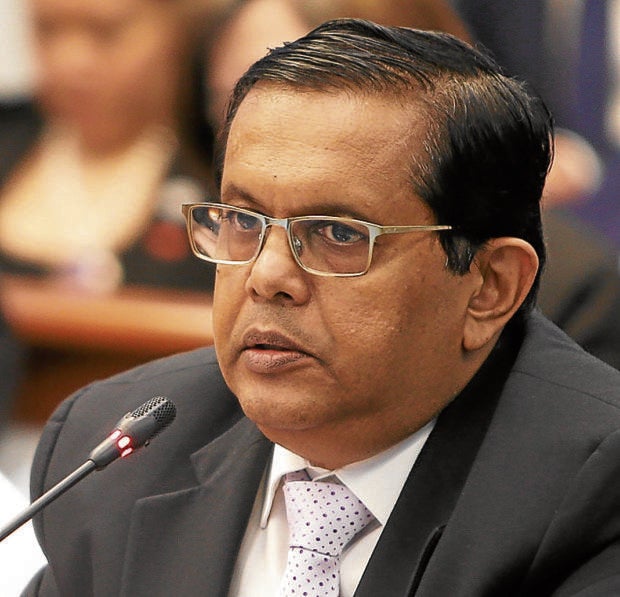 MANILA, Philippines — The World Health Organization (WHO) on Saturday expressed concern over the low number of senior citizens so far vaccinated against COVID-19 in the country, calling the pace of their inoculation “unacceptable” given the volume of doses now available to this prioritized group.

Seniors, or those 60 and above, make up the second priority group (A2) in the government’s vaccination program, coming after medical front-liners. They are followed by persons with comorbidities (A3) and front-line personnel in essential sectors (A4).

Dr. Rabindra Abeyasinghe, the WHO representative to the Philippines, said only about 2.1 million, or 25 percent of seniors, registered by the local governments had been fully vaccinated, while 35 percent have received their first doses.

“[This leaves] 6.4 million of the elderly at increased risk of severe illness and death. The risk is even more immediate with the possible surge in COVID-19 cases following the … circulation of the more transmissible Delta variant,” he said in a statement.

Abeyasinghe also noted that the recently donated batch of Janssen vaccines manufactured by Johnson & Johnson had been given to the A3 group despite an advisory from the Vaccine Cluster of the National Task Force (NTF) Against COVID-19 to give priority to the elderly.

“WHO urges [local governments] to correct the issue early to maximize the benefit of COVAX donations, [such as the single-shot Janssen vaccines],” he said, adding: “WHO advocates they adhere to vaccine prioritization, especially for vaccines donated via the COVAX facility. Following the prioritization ensures vaccine equity—those needing the vaccines the most should receive them the soonest.”

Abeyasinghe also drew attention to data showing seven out of every 10 COVID-19 deaths in the country are from the 60 and above age group.

“We are very concerned that most of our older, more vulnerable people are still missing out on essential, life-saving vaccines against COVID-19. Not vaccinating most of our elderly now means more of them will suffer from severe illness and death. This is unacceptable when we already have adequate vaccine stocks to protect them,” he said.

While some localities, such as Pasig City and Las Piñas City, have fully or partially vaccinated 100 percent of their registered seniors, Abeyasinghe cited other areas, such as the Bicol region and the Bangsamoro Autonomous Region in Muslim Mindanao, that are lagging behind.

He also said it was “more concerning” for the WHO to learn that these regions had focused on the A4 group instead.

“WHO urges [the local governments] to reorient their efforts and resources on aiming for 100-percent coverage among the elderly as early as possible,” Abeyasinghe stressed.

He suggested that local governments turn to more innovative solutions—such as door-to-door vaccination, free transportation or special lanes—to ensure that more seniors are served. No halt to rollout

Also on Saturday, the Department of Health said it would use the coming two-week lockdown in Metro Manila to ramp up the vaccination rollout.

Amid the growing threat of the more contagious Delta variant, the government announced on Friday that the national capital will again be placed under enhanced community quarantine from Aug. 6 to Aug. 20.

“We will not discontinue vaccinations. Vaccination will be our weapon against the Delta variant and this is one of the things that the government would strengthen even if we are under ECQ,” Vergeire said.

As an added precaution, bigger, more ventilated venues will be used as vaccination hubs, she said. “[W]e will ensure that there will be no crowding during the vaccination. There will be scheduling.’’

The mayors of the 17 local governments making up Metro Manila had committed to conduct between 180,000 and 200,000 vaccinations per day.

They should be able to achieve “70-percent [coverage] of the population by September” if they achieve that range, she said.The NTF, meanwhile, ordered 4 million vaccine doses to be allotted for the capital region during the lockdown.