‘1941’: In Cordillera, film is a cultural weapon vs distortion 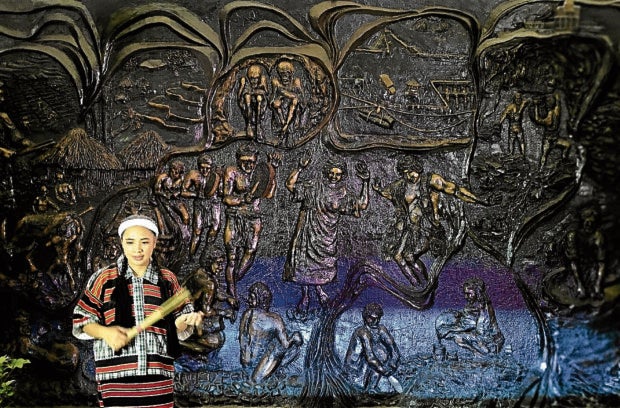 HISTORY OF BENGUET PEOPLE: A mural at the Benguet provincial capitol based on illustrations by the late history professor Geoffrey Carantes depicts the story of the province’s indigenous peoples like the Ibaloy and Kankanaey. (EV ESPIRITU / Philippine Daily Inquirer)

“I thought the last thing I’d ever be involved in is an action film,” said Kidlat, a pioneer in independent cinema, who performs in “1941.” The film started shooting at Tuding village in Itogon, Benguet province, on July 13.

The movie is “a star-crossed romance” between a Japanese general played by Mark Philipp Neumann and Dexter Jaimee Tampoa, who stars as a school teacher.

It is directed by its producer Jennylyn de los Santos Floresca and by Perry de Guzman, a fight director of popular ABS-CBN series, “Ang Probinsyano.”

Floresca, who hails from the Cordillera, wrote the dialogues in Kankanaey, Japanese and Filipino to lend authenticity to the period, and tapped local actors like broadcaster Peter Wasing, Kidlat and members of the mixed martial arts’ Team Lakay, who play local guerrillas.

The film is the latest project in a growing list of Kankanaey cinema. Kankanaeys of Benguet province have been portrayed in films like the community-led “Ganab di Anos” (Fruit of Perseverance), which was written and produced by Nestor Clemente in 2009. 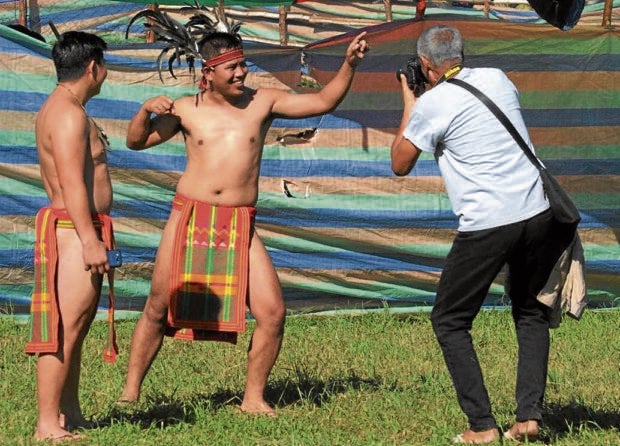 UNIQUE: The Cordillera’s unique traditions and practices have been depicted in films and preserved in documentaries. (EV ESPIRITU / Philippine Daily Inquirer)

Popular entertainment has a long history of distorting Igorot culture, said Far Eastern University film and mass media instructor Kristine Camille Sulit who presented a paper on the growth of indigenous peoples’ (IP) cinema at the 3rd International Cordillera Conference at the University of the Philippines (UP) Baguio.

Sulit cited the 1968 film, “Igorota,” directed by Jose Nepomuceno, which “fails to explore the culture of the Bontoc Igorot to explain ‘bare-breasted Igorotas.’”

“The display of [lead actress] Charito Solis’ breasts only served as the film’s primary spectacle,” she said.

Broadcast giants were equally at fault, Sulit said. The use of the “lumad” term “Bagani” (warrior) as the title of a fantasy television show fueled public discussions about mainstream media’s cultural appropriation of indigenous peoples’ language and traditions.

The use of media to assert power dates back to the early 1900s when the American colonial government used photography, and subsequently cinema, to show Anglo-Saxon superiority by picturing American soldiers standing side by side with the short, loincloth-wearing brown IP, Sulit said. 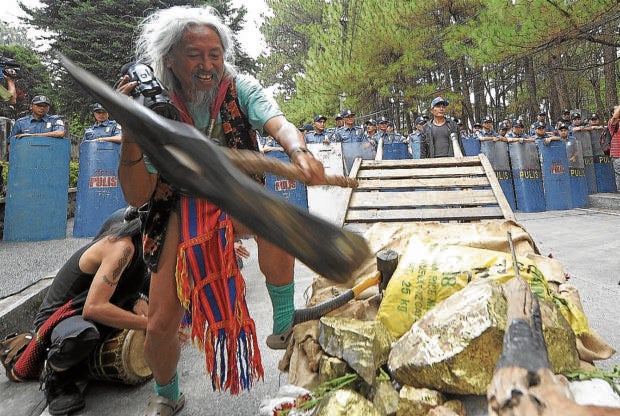 Unwittingly, if not by design, contemporary movies sustain this dynamic—this time between the “superior” lowlander and the “infantilized” highlander, she said.

She said the 2006 romantic comedy, “Don’t Give Up on Us,” by director Joyce Bernal, presented the lead character “as someone who can’t match the lifestyle of [his romantic interest] because he is from Banaue [town in Ifugao province, home to the rice terraces] and she is from fast-paced Manila.”

But the rise of indigenous Filipino filmmaking may correct these mistakes by becoming “cultural weapons” that dispel stereotypes of indigenous peoples, Sulit said. She said local indigenous films are a facet of “Fourth Cinema,” a political movement that combats misrepresentations in “First Cinema” (Hollywood films), and is set apart from “Second Cinema” (the wave of European filmmakers), and the Third World perspectives of “Third Cinema.”

For example, “Ganab di Anos,” Sulit said, illustrates Kankanaey life by using vegetable gardening when it narrated the story of cousins who gave up school to tend to their farms, only to preach the value of education as their lives improved.

Even potatoes grown in the community became virtual characters in a film that showed the minute-by-minute process of producing food to connect the audience to Kankanaey daily life, she said.

Dalocdoc said community filmmaking in the Cordillera could have been started in 1992 by Samuel Dangpa’s Vernacular Video Ministry, who produced religious short films in local dialects that were shown in churches.

Local film production houses soon sprang up and rolled out small-budget dramas and romances, Dalocdoc said. These were sold in compact disc format, but the trade fared badly because of competition from cable and free television.

Some of these movies have been rediscovered by young Benguet residents who connected with their “vivid constructions of [present day] Kankanaey identity,” Dalocdoc said. 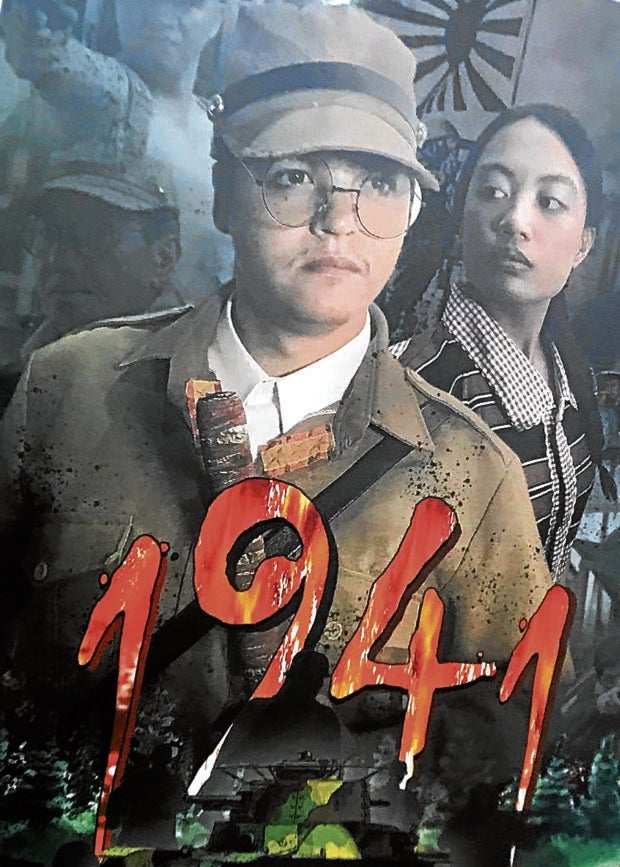 Some short films have scenes portraying traditions such as the community dance called “tayaw,” which the new generation can barely perform, Dalocdoc said.

Others have stories about migrating to Baguio City when traditional economies break down back home or when young men seek out romantic partners.

Unlike these community cinematic endeavors, “1941” is a full-scale production, on which Floresca had invested P5 million.

Floresca said she conducted research into the Japanese occupation, but had tried to humanize the Japanese soldiers whose brutality lent to their portrayal as “evil” in many war films.

Kidlat said this “Asian sensitivity” portrayed in “1941,” and common to many Cordillera feature films, was among the reasons why the project attracted him.

Camp John Hay in Baguio was bombarded by Japanese airplanes on Dec. 8, 1941, after it attacked Pearl Harbor in Hawaii, triggering the Pacific leg of World War II. But the war also ended at Camp John Hay, where Japanese Gen. Tomoyuki Yamashita signed the surrender papers on Sept. 3, 1945, after he was cornered a day earlier in Kiangan, Ifugao, by Filipino and American soldiers.

Floresca assembled a professional film crew and veteran stuntmen who would play the role of Japanese invaders.

“We are supposed to shoot in various parts of the region,” said Al Nanca, one of the stuntmen.