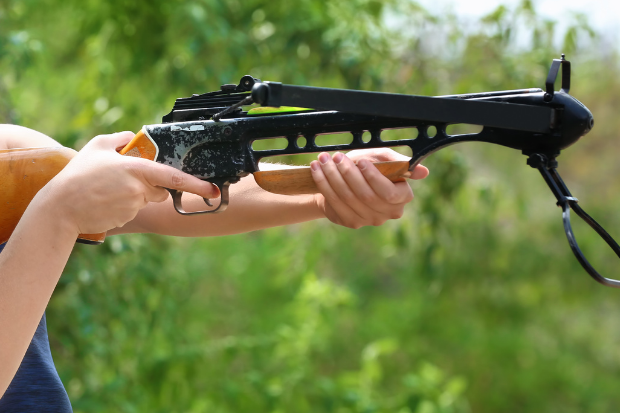 A woman admitted to shooting her neighbor’s cat with a crossbow to allegedly defend her own pets in Michigan in the United States.

The 23-year-old suspect, identified as Taylor Rose Shipman, was charged with animal torture, as per WNEM-TV on July 23.

The cat’s owner, Erick Erickson of East Tawas, told officers of the Iosco County Sheriff’s Office that he found his injured cat on his doorstep on July 15.

He then asked his neighbor, Shipman, what happened to his cat, called Oliver. The latter then admitted to shooting Oliver with a crossbow in defense of her own cats on July 11, according to the report.

The cat spent three days at an animal hospital, but still has “some healing to do,” according to Erickson. “He’s healing well. He’s a tough cat.”

Oliver’s hospitalization was, meanwhile, funded by the Iosco County Humane Society, which arranged a fundraiser after the incident.

“There’s a lot of good people out there in the world still. They were reaching out from different states and Tawas is a pretty good community,” Erickson was quoted as saying.

The Iosco County prosecuting attorney authorized a felony warrant for Shipman on July 23, a day after the Iosco County Sheriff’s Office submitted a report on the incident.