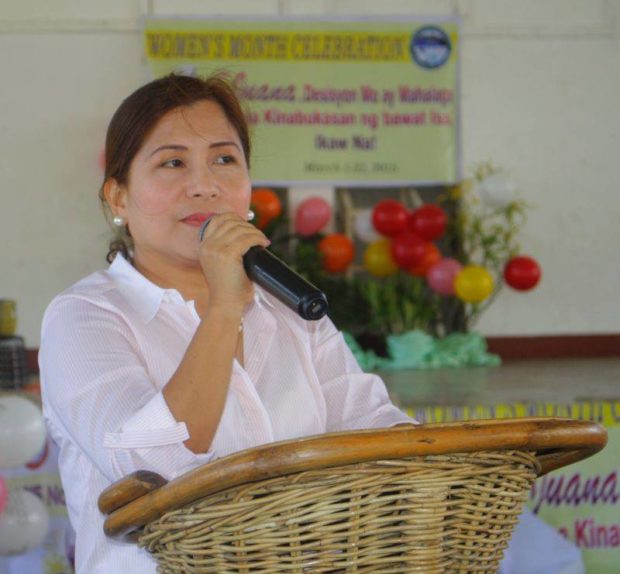 PUERTO PRINCESA CITY — Mayor Jean Feliciano of Brooke’s Point, Palawan, on Tuesday started serving her yearlong suspension from office, following an order by the Office of the Ombudsman that found her guilty of oppression or grave abuse of authority for stopping the operations of a mining company in her town in 2018.

Vice Mayor Georjalyn Joy Quiachon took her oath as acting mayor on Tuesday after the Ombudsman, through a memorandum by Interior Undersecretary Marlo Iringan issued on July 15, served the suspension order to Feliciano.

The Ombudsman, in its 23-page decision promulgated on March 22, ruled that Feliciano’s actions against Ipilan Nickel Corp. (INC) were “oppressive and unfair” when the mayor issued a closure order, a cease-and-desist order, and a demolition order at its mining site that straddled four villages in Brooke’s Point in 2018.

“Our fight is not over yet against mining companies which only aim to damage our mountains, take away our natural resources and destroy the future generations,” Feliciano said.

Feliciano’s camp has filed a motion for partial reconsideration seeking to review the “apparent irregularities” in the Ombudsman’s decision dated Feb. 19. The order is immediately executory pending appeal.

A longtime environmental lawyer, Feliciano said she remained “unshaken despite the odds” and would continue to fight for the rights of the farmers and agriculture workers because “it is what is right and good for all.” 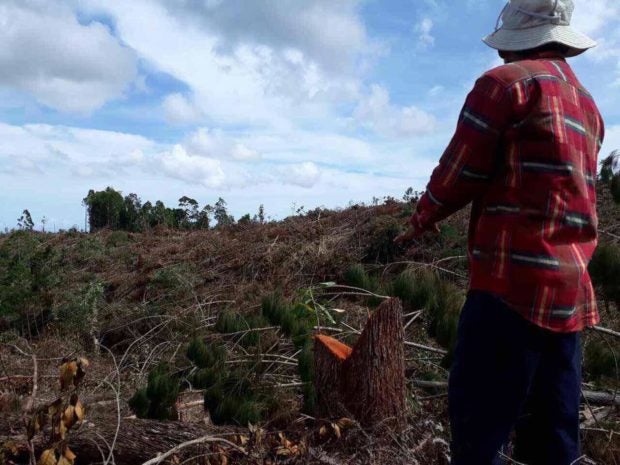 CLEARED In this photo taken in May 2017, a member of a government team inspects a section of the mining tenement of Ipilan Nickel Corp. in Brooke’s Point, Palawan, following reports of tree cutting in the area. —PHOTO COURTESY OF THE DEPARTMENT
OF ENVIRONMENT AND NATURAL RESOURCES

Feliciano’s action against INC was prompted by the need to cut more than 20,000 trees so the company could build its facilities in Brooke’s Point. Mining operations, which began in the late 1990s, also polluted the town’s watershed, the mayor said.

But INC, in an email to the Inquirer, maintained that Feliciano’s “Machiavellian attitude” had “no place in government service,” which, it said, thrived on the rule of law, consistency and stability.

“We have always conducted our operations under applicable rules and regulations, and remain firmly committed to responsible mining. We hope this decision will allow us to move toward community development and sustainable growth in Brooke’s Point and nearby communities,” said Carlo Matilac, project operations head of INC.

Brooke’s Point residents, including members of religious and indigenous peoples’ groups, rallied behind Feliciano. In a July 23 motorcade, they protested the Ombudsman decision, and expressed their opposition to large-scale mining in their town.

Feliciano has been instrumental in stopping INC’s operations even as the company was able to extend its mineral production sharing agreement until 2025 through the Department of Environment and Natural Resources.

Lawyer Grizelda Mayo-Anda, executive director of the Environmental Legal Assistance Center, a group helping Feliciano in her legal battle, said civil society groups would keep an eye on the situation in Brooke’s Point to make sure that the local government would not railroad the expansion of its mining zones.

“As early as 2002, there were several moves to expand the [mining] zones. The discussion on this issue will be lengthy and we can all see how far-reaching the support of Brooke’s Point residents can give because they are against mining,” Anda said.

Brooke’s Point, considered as the food basket of Palawan, supplies rice and vegetables to its neighboring towns, including the provincial capital of Puerto Princesa City.