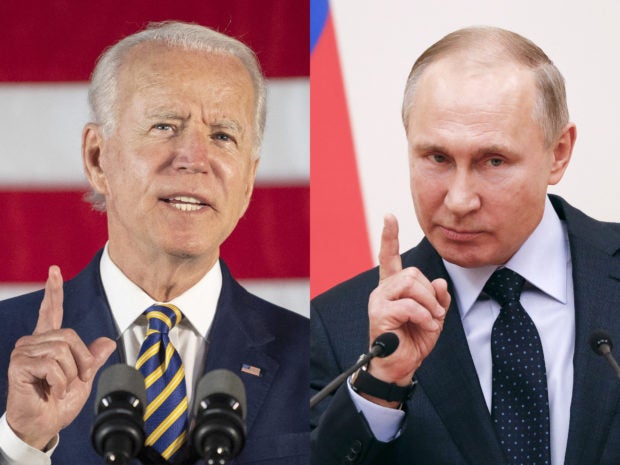 WASHINGTON — US President Joe Biden on Tuesday accused his Russian counterpart of seeking to disrupt the 2022 congressional elections by spreading “misinformation.”

“Look at what Russia is doing already about the 2022 elections and misinformation,” Biden said during a trip to the office of the director of national intelligence near Washington, referring to information he receives during his daily briefing.

“It’s a pure violation of our sovereignty.”

He also lashed out at Russian President Vladimir Putin.

Putin has “a real problem, he is sitting on top of an economy that has nuclear weapons and nothing else,” Biden said. “He knows he is in real trouble, which makes him even more dangerous in my view.”

The US leader also expressed concern about the recent increase in cyberattacks, including via ransomware, which typically see hackers encrypting victims’ data and then demanding money for restored access.

“If we end up in a war, a real shooting war, with a major power, it’s going to be as a consequence of a cyber breach,” Biden said.

The United States will hold midterm elections in fall 2022, in which all seats in the House of Representatives and one-third of the Senate seats will be on the ballot.

Washington recently accused Beijing of carrying out the massive hack in March of Microsoft Exchange, and the White House has also repeatedly called on Russia to take action against ransomware attacks originating from within the country.