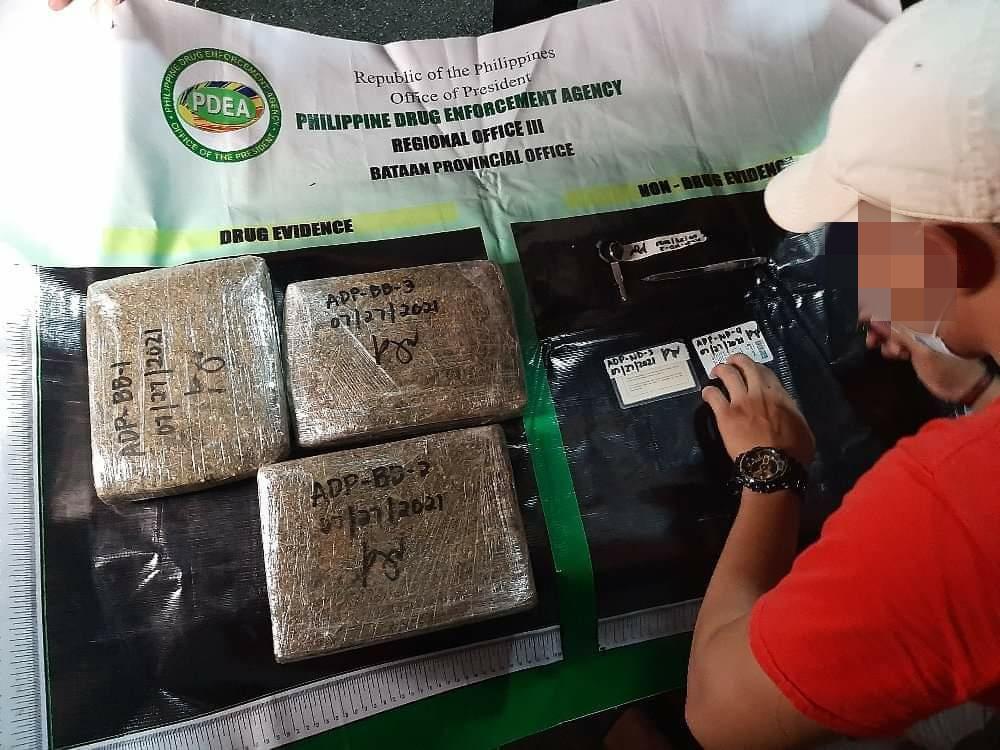 A PDEA-3 agent inspects the pieces of evidence allegedly seized from drug suspects in Angeles City. (Photo from the Philippine Drug Enforcement Agency-Region 3)

ANGELES CITY––Members of the Philippine Drug Enforcement Agency Region 3 (PDEA-3) and Criminal Investigation and Detention Group-Region 3 (CIDG-3) arrested Tuesday eight suspects and confiscated some P530 worth of illegal drugs in this city.

In a statement, PDEA-3 said they arrested the suspects in two separate anti-illegal drugs operations in Barangay Sta. Trinidad and Barangay Salapungan.

Three bricks of dried marijuana leaves weighing three kilograms worth about P360,000 in the street market were allegedly seized from the trio.

All arrested suspects are facing charges for violating the Comprehensive Dangerous Drugs Act of 2002.