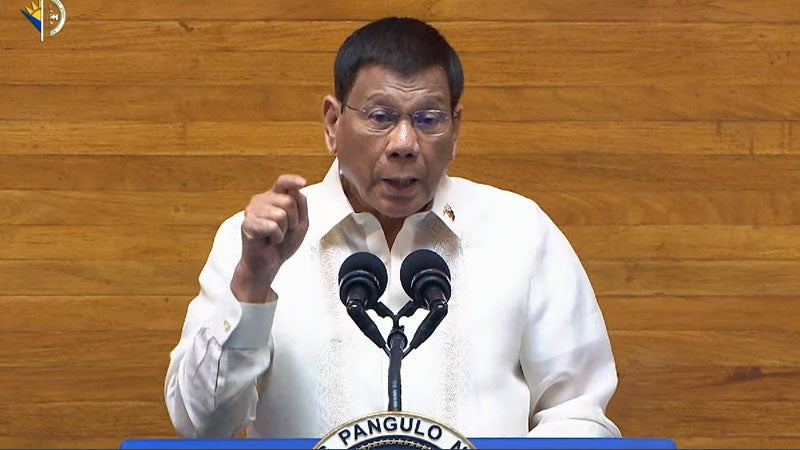 MANILA, Philippines — The possibility of President Rodrigo Duterte running for vice president in the 2022 elections would be “in poor taste” and “unethical,” Senator Richard Gordon said Wednesday.

“I think it will be in poor taste. I think it is unethical because you’re trying to get to the backdoor when you can’t go into the front door,” Gordon said in an interview on ANC when asked what he thinks of the possibility that Duterte may seek the vice presidency in the coming polls.

Gordon, a lawyer, pointed out that a provision in the 1987 Constitution prohibits the president from any reelection.

“To go and run for vice president means that it is a way of extending his term,” he added.

Earlier, lawyer Christian Monsod, one of the framers of the 1987 Constitution, sees Duterte’s possible vice presidential run in 2022 as serving as a backdoor for the Chief Executive to have another term as president.

Duterte has floated a number of times the idea of running for vice president. In a recent incident, Duterte said he would vie for the second-highest post to get immunity from the lawsuits he may face.

This, after his party, PDP-Laban, formally urged him to run for vice president in the 2022 national elections through a resolution.

The resolution also allowed Duterte to choose his presidential candidate.

However, Gordon said he believes the President will not push through with the idea of joining the vice presidential race.

“Frankly, I don’t believe he’s going to do that,” the senator said.

“This President has got advisers that what you call confuse the enemy, they’re using the playbook of Mr. Marcos (former President Ferdinand Marcos) so well. Do you remember when the Liberal Party was about to hold its convention? What does Marcos do? He distracts everybody, he goes to Vietnam, and the spotlight is removed from the Liberal Party,” he added.