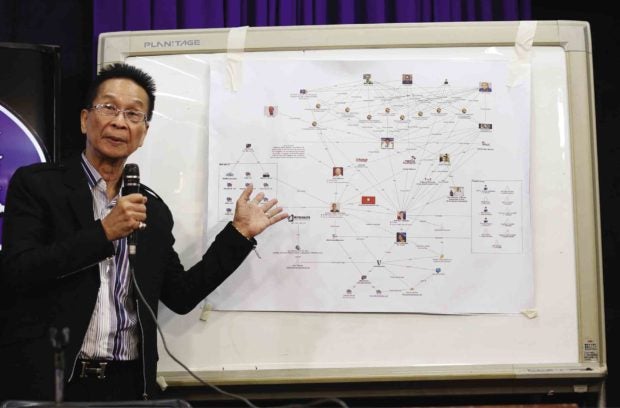 MANILA, Philippines — Malacañang should at least apologize and admit to the mistake of including Olympic gold medalist Hidilyn Diaz in the so-called oust-Duterte matrix back in 2019, Senator Richard Gordon said Wednesday.

“I think to a certain extent, at the very least they should say ‘we made a mistake, we’re sorry, we’re happy that she won. This is the information we got and maybe we should not have done it that way and opened our mouths.’ That’s why big mouths don’t make big men,” Gordon said in an interview on ABS-CBN News Channel when asked if the Palace should issue an apology on the matter.

In 2019, chief presidential legal counsel Salvador Panelo, who was the presidential spokesperson at the time, made public six matrices of what he described as a network of personalities, including Diaz, who purportedly wants to overthrow the Duterte administration.

Diaz expressed shock then over her inclusion in the alleged conspiracy to overthrow the government.

On Tuesday, Panelo insisted he did not say Diaz is part of an alleged plot to oust President Rodrigo Duterte.

Panelo once again blamed the media for “hastily” concluding that the government tagged Diaz as part of the destabilizers.

He offered this same excuse in 2019 when he was pressed by the media to explain the inclusion of Diaz and star volleyball player and TV host Gretchen Ho in one of the matrices he showed to the media during a Palace briefing.

On the other hand, the current Palace spokesman, Harry Roque, distanced himself from the issue, saying he was not the one who linked Diaz in the alleged plot to oust Duterte.