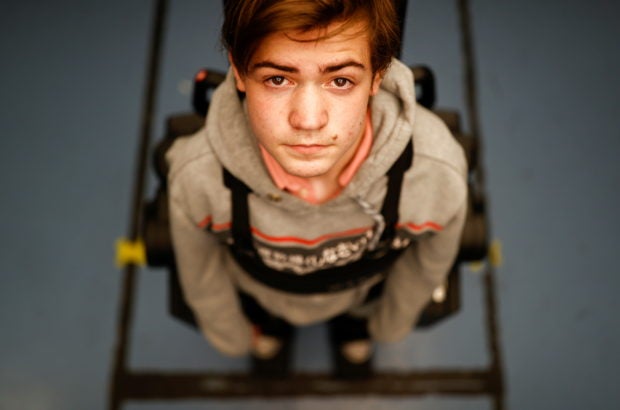 PARIS — “Robot, stand up” – Oscar Constanza, 16, gives the order and slowly but surely a large frame strapped to his body lifts him up and he starts walking.

Fastened to his shoulders, chest, waist, knees and feet, the exoskeleton allows Oscar – who has a genetic neurological condition that means his nerves do not send enough signals to his legs – to walk across the room and turn around.

“Before, I needed someone to help me walk … this makes me feel independent,” said Oscar, as his father Jean-Louis Constanza, one of the co-founders of the company that makes the exoskeleton, looks on.

“One day Oscar said to me: ‘dad, you’re a robotic engineer, why don’t you make a robot that would allow us to walk?'” his father recalls, speaking at the company Wandercraft’s headquarters in Paris. 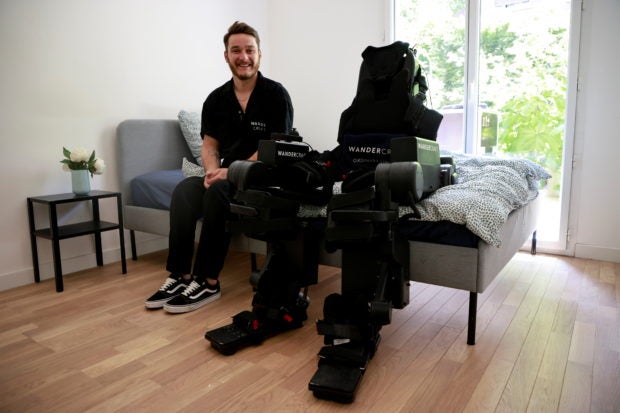 Kevin Piette, exoskeleton pilot, poses next to a robot exoskeleton created by French company Wandercraft to help wheelchair-bound patients learn or re-learn how to walk, during an interview with Reuters in Asnieres-sur-Seine, France, July 22, 2021. REUTERS

“Ten years from now, there will be no, or far fewer, wheelchairs,” he said.

Other companies across the world are also manufacturing exoskeletons, competing to make them as light and usable as possible. Some are focused on helping disabled people walk, others on a series of applications, including making standing less tiring for factory workers.

Wandercraft’s exoskeleton, an outer frame that supports but also simulates body movement, has been sold to dozens of hospitals in France, Luxembourg and the United States, for about 150,000 euros ($176,000) a piece, Constanza said. 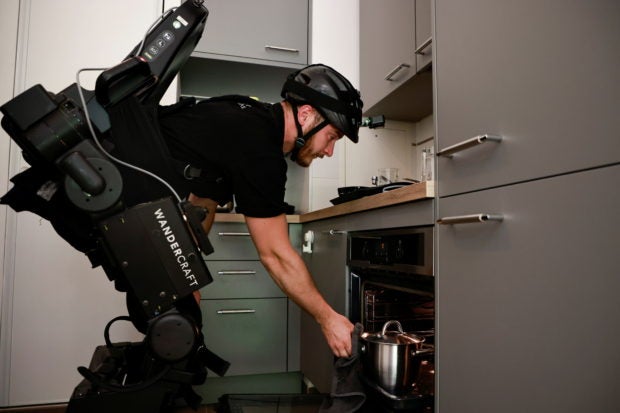 It cannot yet be bought by private individuals for everyday use – that is the next stage the company is working on. A personal skeleton would need to be much lighter, Wandercraft engineers said.

Just outside Paris, 33-year-old Kevin Piette, who lost the ability to walk in a bike accident 10 years ago, tries one on, walking around his flat, remote controller in hand.

“In the end it’s quite similar: instead of having the information going from the brain to the legs, it goes from the remote controller to the legs,” he said, before making his dinner and walking with it from the kitchen to the living room.