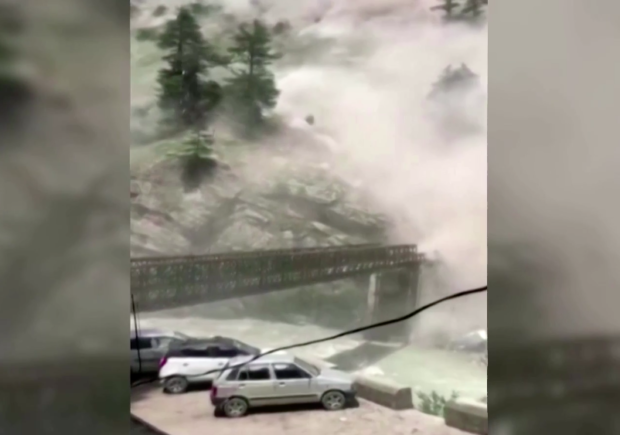 NEW DELHI — Nine people were killed by a landslide in the northern Indian state of Himachal Pradeshin on Sunday as boulders fell and hit the vehicle they were traveling in, news agency ANI reported.

The vehicle was carrying 11 people and the two others, as well as a passer-by, were injured, ANI, a partner of Reuters, said, citing Indo-Tibetan Border Police (ITBP).

ITBP teams rushed to the spot near Badseri village in the Kinnaur district of hilly Himachal Pradesh in state to conduct a rescue operation, ANI reported.

Some local media said the people in the vehicle who were killed were visiting from the Indian capital Delhi and elsewhere in India, while one of the injured was a local person.

Television footage showed Batseri bridge in the Kinnaur district had collapsed and other vehicles were damaged as boulders rolled downhill due to landslides.

“My heartfelt condolences to the families of those who lost their lives in this. All arrangements are being made for the treatment of those injured in the accident,” Prime Minister Narendra Modi tweeted.

In the western state of Maharashtra, at least 125 people died in the last two days after torrential monsoon rains sparked major landslides and flooding there.