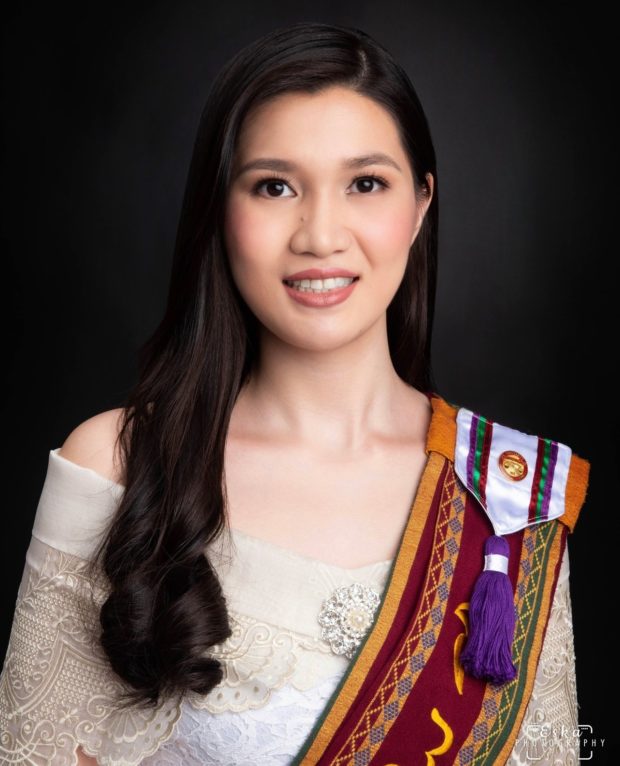 The UP College of Law confirmed that the 26-year-old is the seventh law student from the country’s premier state university to achieve this distinction since 1962 and the first since Dionne Sanchez in 2007.

But Godornes, who isn’t one to tout her laurels, held no fanfare to herald her feat.

So it was her blockmates who did it for her.

Glyds Urbano, one of her law school blockmates, tweeted an update on Sunday to announce Godornes’ achievement. “The world needs to know!” she quipped.

Nikki Malferrari, one of Godornes’ closest friends in law school, described her as a “supportive” and “down-to-earth” person.

“She’s a person with a lot to offer not just inside the courtroom or law setting but also with personal life situations, experience, and maturity. Everyone in D2021 can attest to that an infinite many times,” she said.

Malferrari, who emphasized Gordones’ humility and dedication despite facing many obstacles, shared how the latter took the time to help them with the most difficult topics.

“She doesn’t have to do that, but she still does. Law school is difficult enough as it is, but seeing your blockmate work hard despite that difficulty and everything else is something that pulls everyone in D2021 up,” she added.

It wasn’t a smooth-sailing journey for Godornes, who, together with her older sister, had to take over their household after her father’s death in 2019. This loss, she said, caused her to file a leave of absence from law school.

“During those times, I wasn’t sure at all if I could handle the responsibility of being the head of our family (together with my ate) and the demands of law school, so I thought I needed to give [it] up,” said Godornes, who later on withdrew the application after talking to her friends and advisers.

Juggling all kinds of responsibilities proved difficult for Godornes, who often missed block hangouts and some of her birthdays, and whose personal time mostly consisted of staying at home and taking a break from her commitments.

She said that having a good support system really helped ease her mind off the stress that came with being in law school.

“My family, my blockmates, my friends, and my SO, they always supported me. Law school is really demanding, but having the people important to me understand those times and not pressure me about it, gave me peace of mind which is really a must in law school,” she said.

Her block, in particular, took immense pride in Gordones, who served as an inspiration to them since day one.

“We’re really close, parang pamilya, kaya seeing Danica get the recognition means a lot to us!” Malferrari said. “We all know she deserves every bit of that dahil sa effort and difficulties that she had to push through to make it this far.”

Godornes is wasting no time as she has already started preparing for this year’s Bar exams, missing out on Sunday’s university graduation to review for a mock exam scheduled next week.

For the full-time working student who finished law school under the mercy of the COVID-19 pandemic, there is no other secret to success except hard work and discipline.

“I believe there is no shortcut po. Some people say, “study smart, not hard,” but I think that will not work in law school. What I did is to study hard and to study smart,” Godornes said.

“Law is a jealous love always demanding full attention and dedication; to understand [the] law, you must appreciate its applications,” she ended.