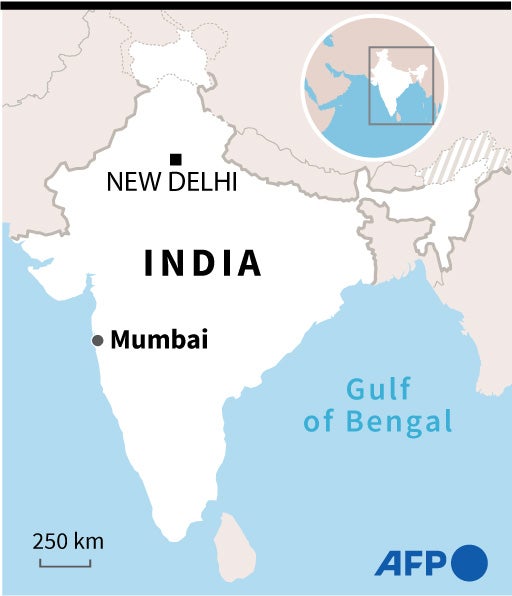 MUMBAI, India — Rescuers in India combed through mud and debris Saturday in a desperate search for survivors as the death toll from heavy monsoon rains climbed to 76, with nearly 90,000 others evacuated.

Torrential downpours have lashed India’s western coast in recent days, leaving dozens missing near the commercial capital Mumbai and precipitating the worst floods in decades in the resort state of Goa.

“Rainfall in various parts of the state often coinciding with high tides and also discharge from dams led to various regions… getting inundated,” the Maharashtra state government said in a press release.

More than half of the deaths occurred in hard-hit Raigad, south of Mumbai, where landslides buried dozens of houses, killing 47 and with another 53 feared trapped under layers of mud.

The downpour caused the Savitri river to burst its banks, leaving the town of Mahad completely inaccessible by road, and prompting terrified residents to climb onto rooftops and upper floors to escape swelling waters.

National Disaster Response Force (NDRF) teams could not land their choppers in the area due to bad weather on Friday but were eventually able to rescue locals as waters began to recede.

Goa suffered its worst floods in decades, according to the state’s chief minister Pramod Sawant, who said the monsoons had caused “widespread damage” in the region but no casualties.

Rescue teams and military units worked to evacuate people stranded by flooding but their operations were hampered by landslides blocking roads, including the main highway between Mumbai and Goa.

“Contact from the town was completely cut off due to land routes being inundated,” the Maharashtra government said.

Seven naval rescue teams equipped with rubber boats, life jackets, and lifebuoys were sent to the affected areas, along with specialist divers and a helicopter to airlift marooned residents.

Nearly 90,000 people have been evacuated in Maharashtra so far.

India’s weather bureau has issued red alerts for several regions in the state and forecasts heavy rainfall to continue for the next few days.

Four people died before dawn on Friday when a building collapsed in a Mumbai slum, authorities said.

The incident came less than a week after at least 34 people lost their lives when several homes were crushed by a collapsed wall and a landslide in the city.

Rainwater also inundated a water purification complex in Mumbai last weekend, disrupting supply “in most of the parts” of the megacity of 20 million people, civic authorities said.

It warned of potentially severe consequences for food, farming, and the economy affecting nearly a fifth of the world’s population.