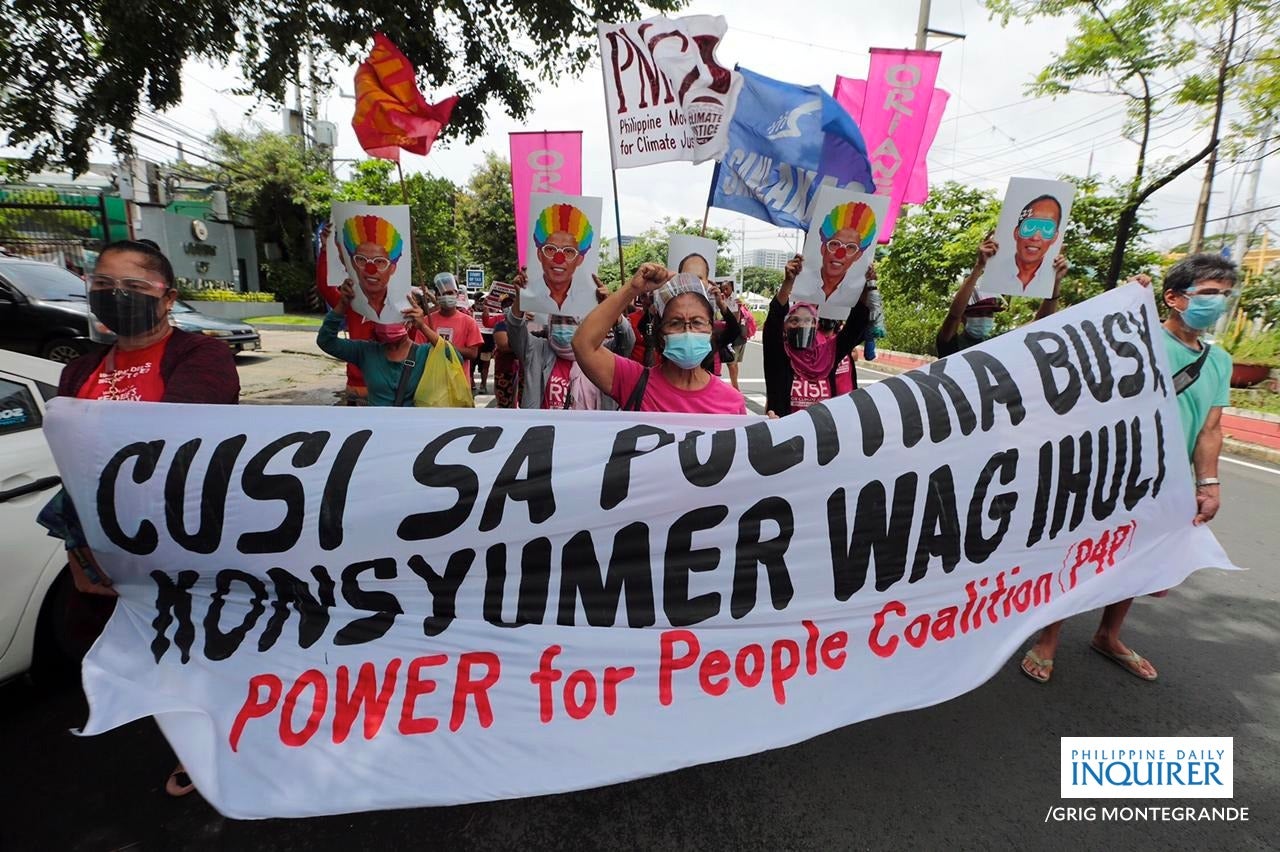 DIVIDED ATTENTION A consumer group trooped to the Office of the Ombudsman in Quezon City on Friday to file a graft case against Energy Secretary Alfonso Cusi. —GRIG C. MONTEGRANDE

The Power for People Coalition (P4P) and allied groups advocating consumer welfare on Friday filed with the Office of the Ombudsman a complaint against Energy Secretary Alfonso Cusi for criminal and administrative liability for failing to stop electricity rate hikes while busy with party politics.

P4P, Sanlakas and Philippine Movement for Climate Justice argued that Cusi violated Republic Act No. 3019, or the Anti-Graft and Corrupt Practices Act. They accused Cusi of “grave misconduct and gross neglect of duty, inefficiency and incompetence in the performance of official duties and conduct prejudicial to the best interests of service in connection with the power rate hikes in recent months while he was embroiled in the PDP-Laban (Partido Demokratiko Pilipino-Lakas ng Bayan) leadership fight.”

In their 62-page complaint, the three groups asked that Cusi be suspended for six months while under investigation.

“For the past five years in his term in office, respondent Cusi did not issue significant policies to address the pressing power issues, in complete disregard of his mandate to ensure the reliability, quality and supply of electric power,” they said.

On May 31-June 2, the National Grid Corporation of the Philippines placed the Luzon grid on red alert as demand for electricity exceeded available power generation capacity.

This resulted in rotational brownouts on May 31 and June 1. On the first day, Cusi was in Cebu presiding over a meeting of the PDP-Laban as the party’s vice chair.

In the meantime, Cusi was entangled in a word war with Sen. Manny Pacquiao, whose party faction expelled Cusi from the PDP-Laban.

But the faction loyal to President Duterte and Cusi held a meeting that installed him as the new party president to replace Pacquiao.

“For five years, nothing happened. Then we see that he (Cusi) can work quickly and effectively, but only when it comes to politicking and not his actual job,” Gerry Arrances, convener of P4P, said in a statement.

In a statement, the Department of Energy said Cusi had been proactively addressing electricity concerns with various policy issuances, reiterating that the “issue is compliance” rather than the agency’s performance.