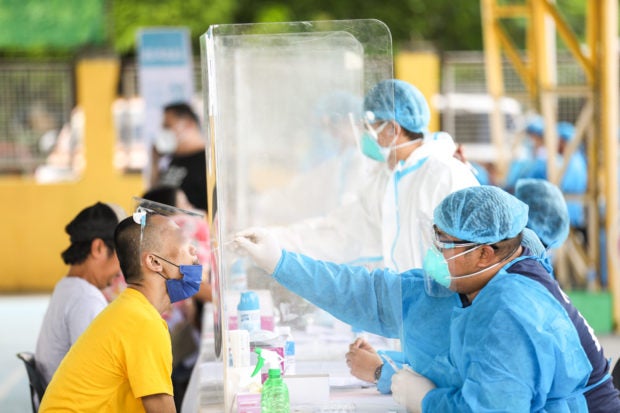 MANILA, Philippines — The Department of Health on Friday said there is yet no “objective” basis to say that a surge of COVID-19 cases has started in Metro Manila amid the threat of more local transmissions of the more virulent Delta variant.

DOH spokesperson Ma. Rosario Vergeire said that reverting to stricter restrictions is only “anticipatory,” and not because a surge in cases is already ongoing.

“When we try to revert [to stricter restrictions], this will be because it is anticipatory. Wala pa po tayong nakikita ngayon na objective basis that we will be announcing there is already a surge,” Vergeire said in a media forum.

Vergeire issued this statement after OCTA Research, an independent multidisciplinary agency monitoring COVID-19 trends in the country, called for an urgent response from the national government, given that a surge in COVID-19 cases is already “in its early stages” in Metro Manila.

The group said cases in Metro Manila increased 27 percent to 813 average new daily cases from July 15 to 21 from an average of 638 the previous week.

On Thursday night, the DOH confirmed that there is local transmission of the COVID-19 Delta variant after clusters of cases were seen linked to other local cases.

A total of 47 Delta variant cases have so far been detected in the country, 23 of which are local cases and 24 are returning overseas Filipinos.