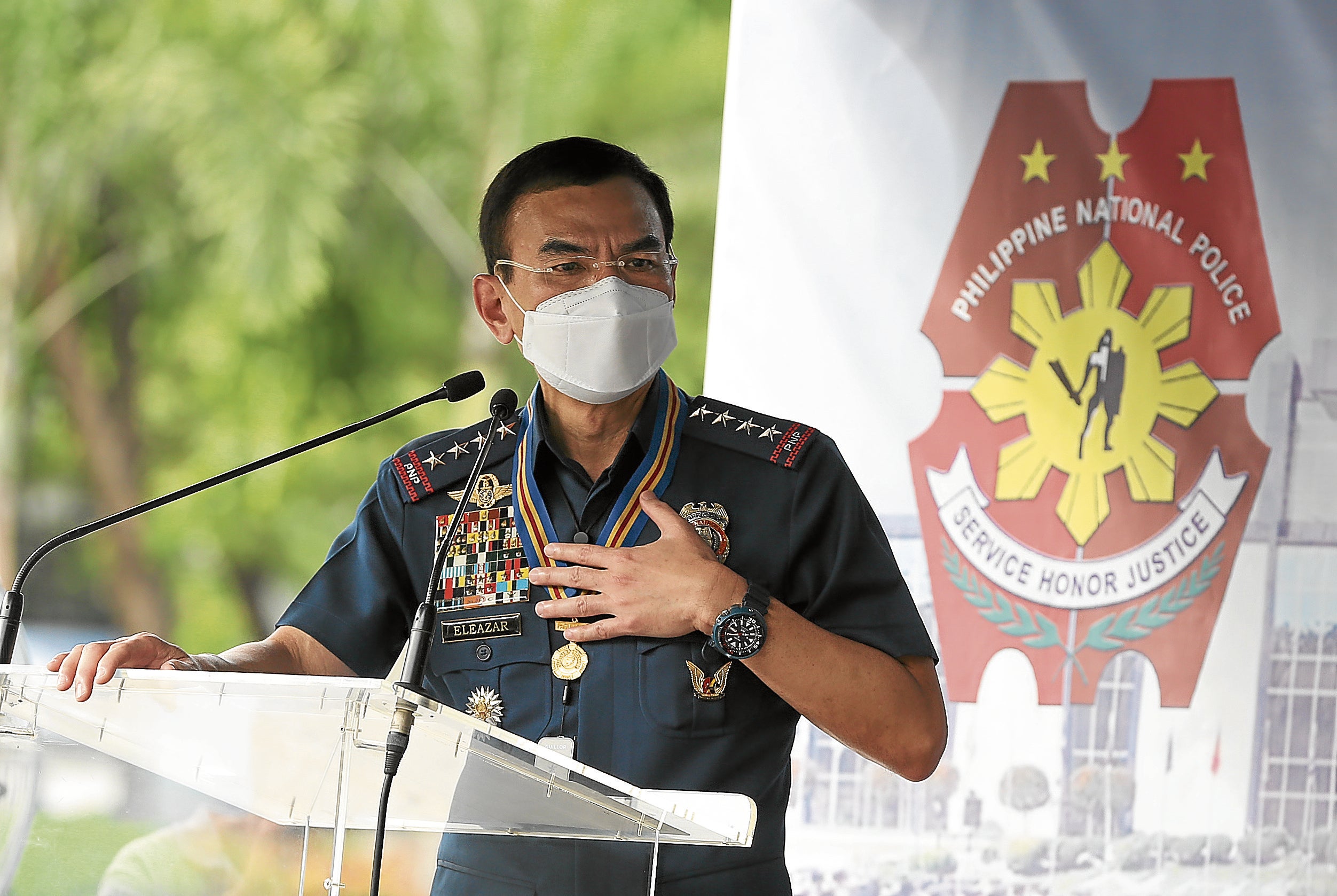 MANILA, Philippines — Philippine National Police (PNP) chief Guillermo Eleazar on Thursday assured that the organization is open to any Department of Justice (DOJ) review into the cases of officers who were earlier cleared of administrative liability in anti-drug operations that led to deaths.

The DOJ reportedly said it plans to review the previous files of police officers who were cleared by the PNP Internal Affairs Service in cases where anti-drug operations involved deaths.

“The PNP is open to any investigation dahil wala kaming itinatago. (we have nothing to hide). If the DOJ will push through with the review of the cases of those police officers who were already cleared, I will guarantee full cooperation,” Eleazar said in a statement.

(This is our assurance to the DOJ from the very start. The PNP is ready to make available for any DOJ review any case folder it will ask for. We submit to the wisdom of Justice Secretary Menardo Guevarra regarding this matter.)

The PNP earlier gave the DOJ access to at least 61 cases where investigation showed its personnel having committed administrative and criminal liabilities related to anti-drug operations.

Cases involving police officers who were cleared due to the non-cooperation of the victims’ family, were also turned over by the PNP to the DOJ.

(The PNP is serious in cooperating with the DOJ and we are ready to make the police, who will be proven to have been at fault under the law, take responsibility.)

In February, Guevarra reported irregularities seen in more than half of the 6,000 anti-drug operations the PNP has conducted which lead to the probe in cases.

As PNP okays DOJ access to drug war deaths files, CHR may not have same clearance