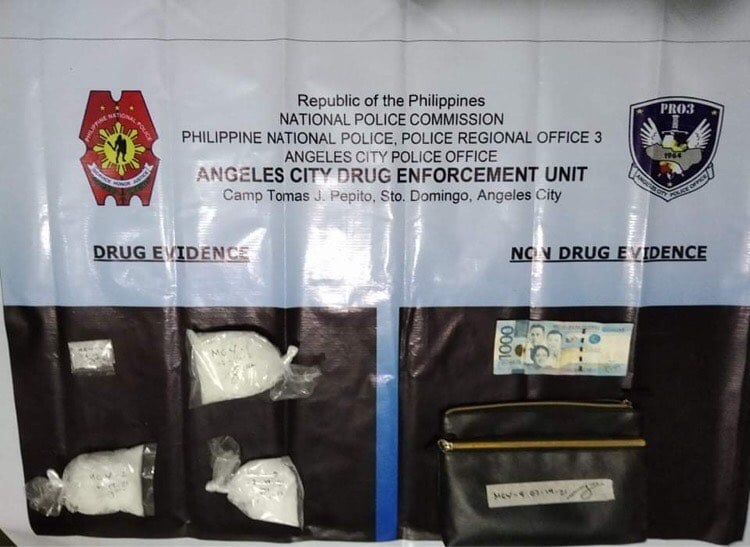 Authorities reported seizing these pieces of evidence from the five suspects during a buy-bust operation on July 19 in Angeles City, Pampanga. (Photo from the Police Regional Office 3)

ANGELES CITY––Policemen in this city have arrested five suspected drug peddlers who allegedly yielded some P1.7 million worth of “shabu” (crystal meth).

In a statement Wednesday, the Police Regional Office 3 (PRO3) identified the suspects as Saif Boko, 27, who is on the list of high-value individuals; Mamad Datu, 27; Amin Ibrahim, 27; Ibrahim Limbona, 19; and Samad Omar, 26, all residents of this city.

PRO3 director Brig. Gen. Valeriano de Leon said the suspects were arrested in a buy-bust operation on July 19 in Barangay Pandan in this city. The buy-bust also resulted in the alleged confiscation of some 250 grams of shabu.

De Leon said charges for violating the Comprehensive Dangerous Drugs Act of 2002 had been filed against the five suspects.