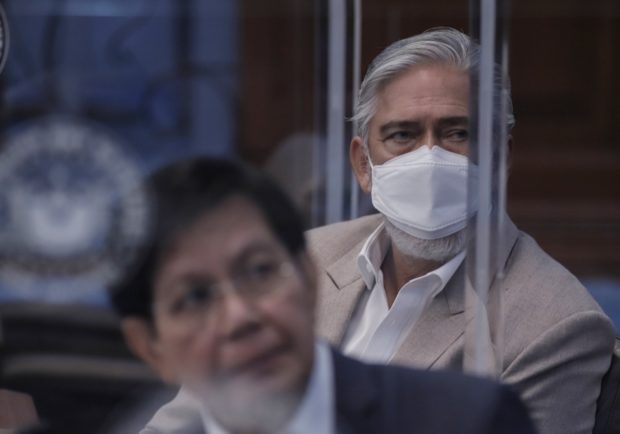 Senator Panfilo Lacson is gunning for the presidency while Sotto will run for vice president.

According to Sotto, the following are in the Lacson-Sotto tandem’s initial senatorial slate:

Ejercito, Gatchalian, and Legarda are part of the Nationalist People’s Coalition where Sotto serves as chairman.

“I’ll be consulting with my party mates re: my candidacy with Ping and lineup on the 28th,” the Senate leader said in a Viber message to reporters.

In separate statements earlier, Villanueva, Zubiri and Ejercito thanked the Lacson-Sotto tandem for endorsing them.

“Am so humbled and honored by the endorsement of SP Sotto and Sen Ping. Am sure it is not just because we have this special bonding kaming 3 as Andres Bonifacio club but because they have seen first hand our commitment and dedication when it comes to the work expected of a legislator,” Villanueva said.

For his part, Zubiri said he was “honored and humbled” by the support as he vowed   to continue their “performance-based public service.”

While thanking Sotto for  endorsing his possible reelection  bid next year, Ejercito said he has yet to make a decision “because of the complicated circumstance I am in again.”

“I am very thankful nonetheless,” he said.