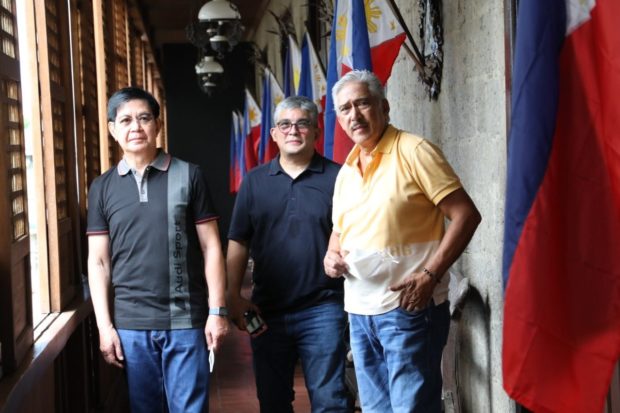 Senate President Vicente ” Tito” Sotto III and Senator Panfilo Lacson were reminded of the years the “Gupit Aguinaldo” was a fad during their teenage years while on a historical tour at the Museo ng Republika 1899 in Malolos, Bulacan.

The haircut refers to the one made famous by the country’s first president, Emilio Aguinaldo.

The haircut nostalgia switched to a candid discussion on governance and corruption, according to former Commission on Elections Commissioner Goyo Larrazabal who joined the two in what was supposed to be a leisurely trip in Luzon.

Larrazabal said Lacson noted that Aguinaldo had his share of “fake news.”

“Ang unfortunate with President Aguinaldo is that he lived too long that he got his own dose of fake news and trolls of the era after WWII up to the time of his death during the 1960s,” Larrazaba quoted Lacson as saying.

The leisure drive turned into a consultative meeting with local leaders in Northern Luzon for a possible Lacson-Sotto tandem in the coming 2022 elections.

In their travel in Northern Luzon, Larrazabal, who is the chief legal counsel of the Nationalist People’s Coalition, reminded the public of their decision in next year’s elections.

Lacson and Sotto said during the consultation with local officials that corruption is unacceptable on all fronts.

“History favors those who defy the norm. The decisions we make today will determine the future we face tomorrow,” Larrazabal said.

More consultative meetings will take place in the coming weeks for a possible Lacson-Sotto tandem.