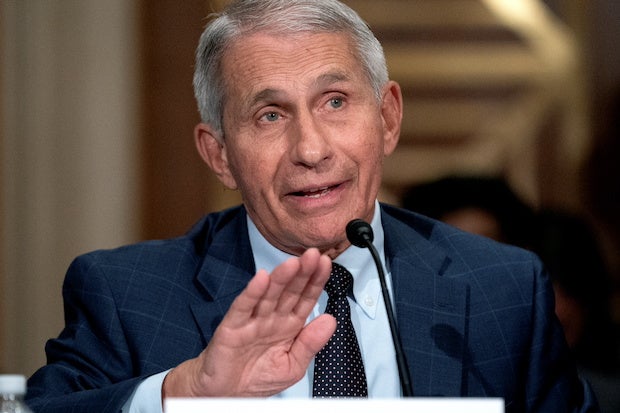 The Delta variant of the coronavirus is the cause of more than 80% of new U.S. COVID-19 cases, but the authorized vaccines remain more than 90% effective in preventing hospitalizations and deaths, said top U.S. infectious disease expert Anthony Fauci during U.S. Senate hearing on Tuesday.

The hearing featured a pointed exchange with Republican U.S. Senator Rand Paul, in which he accused Fauci of lying about the National Institutes of Health providing funding for research at China’s Wuhan Institute of Virology.

The Senator from Kentucky, who has sparred with Fauci during several pandemic-related hearings, alleged that the research may have played a role in developing the novel coronavirus at the Wuhan Lab.

“If caught lying to Congress… the U.S. criminal code creates a felony and a five-year penalty,” Paul said to Fauci during the hearing.

Fauci, who has been mostly calm and diplomatic in past responses, this time shot back: “Senator Paul, I have never lied before the Congress… (and) you do not know what you’re talking about.” The exchange featured raised voices and pointed fingers.

The origin of the novel coronavirus has become a heated partisan issue in the United States, with Republicans urging further inquiries into whether it was developed in a laboratory in Wuhan, China.

Biden in late May called on aides to investigate the origins of the virus and to report back to him within 90 days. The more prevalent theory is that the virus originated in animals, possibly bats, and was passed on to humans.

The more contagious Delta variant was first found in India earlier this year. It has since become the dominant version of the virus in the United States and many other countries. It has been detected in more than 90 nations worldwide.

Deaths from COVID-19 in the United States have averaged 239 per day over the past week, nearly 48% higher than the previous week, U.S. Centers for Disease Control and Prevention (CDC)Director Rochelle Walensky said during the hearing.

States should continue to hold onto their inventories of unused vaccines as manufacturers are working to determine the shelf life of their shots, Janet Woodcock, the acting director of the U.S. Food and Drug Administration, said during the hearing. Large quantities of unused U.S. vaccine supplies are facing expiration in the coming weeks if the shelf life is not extended.

The CDC is reviewing data from multiple groups of vaccinated people to determine how long protection from COVID-19 shots lasts and will use that information to make a determination on the potential role of additional booster shots, Fauci said.