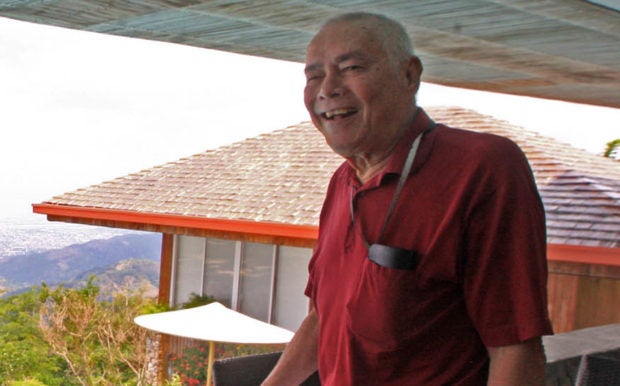 CEBU CITY, Cebu, Philippines — Former Cebu governor Emilio “Lito” Osmeña, a political scion credited for the province’s economic boom in the 1990s and who championed rural development when he twice vied for national posts, died on Monday night at the age of 82.

His eldest son Mariano confirmed Osmeña’s death on social media but declined to provide further details pending an official statement from the family.

“So long Dad! You will always be part of us. Thank you is not enough,” Mariano said.

“My father was a visionary and workaholic until the last week of his life. I strongly feel the withdrawals [in being] unproductiv[e] had a large impact on his declining health,” he added.

A grandson of former President Sergio Osmeña Sr., Lito served as governor of Cebu from 1988 to 1992.

He was regarded in the province as the father of “Ceboom,” a tag given to Cebu’s economic development on his watch.

It was during this period when the provincial government initiated the privatization of public properties which led to the development of the Cebu Business Park and the Cebu IT Park.

Vital infrastructure projects, such as the Cebu Transcentral Highway also began construction around this time. The provincial government also drew up charters to ensure that Mactan-Cebu International Airport and the Cebu Port Authority remained Cebu-led enterprises.

Osmeña, however, lost the vice presidential race to Joseph Estrada, while Ramos won the presidency by a slim margin.

Osmeña still served in the Ramos administration as chair of the Presidential Committee on Flagship Programs in 1994.

In the 1998 elections, he ran for president under Promdi but lost again to Estrada.

In the early 2000s, he continued to advocate autonomy for Cebu and other provinces in the Visayas, even buying airtime in local radio stations to promote this cause.

“We can stand alone because the Cebuanos are very industrious. We can’t go up because the central government will only give us a little share of our income,” Osmeña said, adding that if the government gave Muslims their autonomy in Mindanao, “why couldn’t they give the Southern Christians autonomy?”

His last public appearance was at a news conference on June 3, when he announced plans to revitalize Promdi and field local candidates in 2022.

In a text message to reporters on Tuesday, Cebu Gov. Gwendolyn Garcia paid tribute to Osmeña, saying the country lost a “great man.”

“Because of [Osmeña], the word ‘promdi’ (a pejorative term meaning “from the province’’) acquired a new meaning — that of excellence and the capability to achieve great things,” she said.

“Beyond all his remarkable accomplishments, I believe that Lito Osmeña’s greatest legacy will be [making] us all truly proud to be Cebuanos. For that, we, Cebuanos, will be eternally grateful,” Garcia added.

Lawyer Rory Jon Sepulveda, who helped in Osmeña’s presidential campaign, said in a social media post: “Although you have long embraced the inescapable fact of mortality, death or the idea of death was not pronounced lately as the brewing political season has again caught your fancy.”

But Sepulveda lamented that “This time [instead became] the season of the passing of the torch.”

From Osmeña’s nephew, Cebu City Councilor Renato “Junjun” Osmeña Jr.: “Rest in Peace uncle Lito Osmeña. Thank you for all the wisdom you taught me, not just in politics, but in life in general.”

Osmeña is survived by his wife, Annette Versoza, and their three children, Mariano, Maria Luisa and Emilio III.

Mariano said his father’s body was cremated as he had requested. The urn containing the ashes will be kept at Skyline Garden Columbary in Cebu City.

“A ceremony will be conducted when my mom gets well and leaves the hospital. Thank you for all your condolences,” he said.