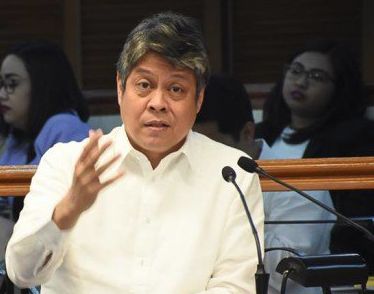 MANILA, Philippines — Senator Francis Pangilinan on Tuesday called for a higher budget for the Philippine Coast Guard (PCG) to provide “much-needed” support for patrols in the West Philippine Sea and to ensure the protection of Filipino fishermen and the country’s territorial waters.

The senator issued the call for an increased PCG budget for next year after it drove away a Chinese navy ship near a Palawan town through a radio challenge.

(Salute to our David to their Goliath. Our Coast Guard is doing a commendable job with the limited resources available to them. We should provide them with more budgetary support so that they could do more.)

“We commend our brave PCG personnel for asserting our territory and rights within our exclusive economic zone. We thank them for their invaluable contributions in protecting our territorial waters including the livelihood of our fishermen. Pagkain, buhay at hanapbuhay ang nakataya,” he added.

Noting the decrease in PCG’s budget in 2021 as compared to last year, the senator stressed that giving more support to the PCG signifies a deeper commitment to assert the county’s claim over the West Philippine Sea.

(Eighty percent of the country’s territory is water but we have a small budget to protect it. Our Coast Guard is just making do of what they have. Supporting the Coast Guard means supporting our stand on the West Philippine Sea.)

Pangilinan then committed to supporting higher budget allocation for the PCG in the upcoming deliberations for the 2022 national budget.