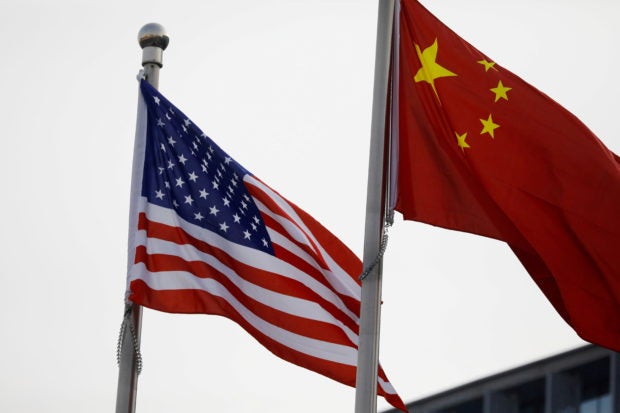 FILE PHOTO: The flags of China and the United States flutter outside the building of an American company in Beijing, China, on January 21, 2021. REUTERS/Tingshu Wang/File Photo

BEIJING — China said on Tuesday that accusations made by the United States and its allies that the Chinese government has conducted a global cyber hacking campaign were unwarranted.

The United States and its allies accused China on Monday of a global cyberespionage campaign, mustering an unusually broad coalition of countries to publicly call out Beijing for hacking.

The United States was joined by NATO, the European Union, Britain, Australia, Japan, New Zealand, and Canada in condemning the spying, which US Secretary of State Antony Blinken said posed “a major threat to our economic and national security.”

US and allies accuse China of global hacking spree