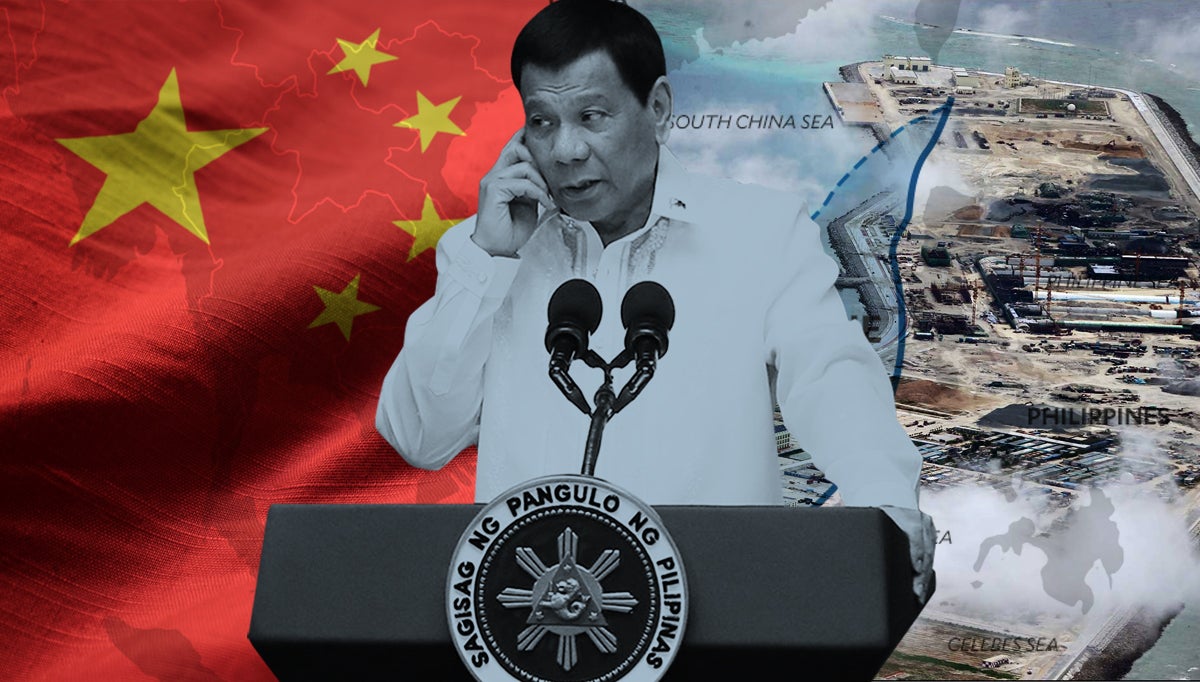 MANILA, Philippines — Philippine President Rodrigo Duterte took the reins of power in 2016 with a promise to promote an independent foreign policy.

It wasn’t clear how Duterte defined an independent foreign policy but the next thing he did was pivot to China and shun the United States, against which Duterte has thrown some of his most colorful expletives.

One of the biggest impacts of the pivot to China, five years into Duterte’s presidency, would manifest itself in the West Philippine Sea.

Just recently, a group of Luzon-based fishermen, Bigkis ng Mangingisda, appealed to Duterte and his administration to assert Filipinos’ right to fish in the West Philippine Sea, part of South China Sea that is in Philippine exclusive economic zone (EEZ).

The group claimed that China continued to control fishing grounds, like Scarborough (Panatag) Shoal, and parts of the Kalayaan Island Group, preventing Filipinos from fishing freely. 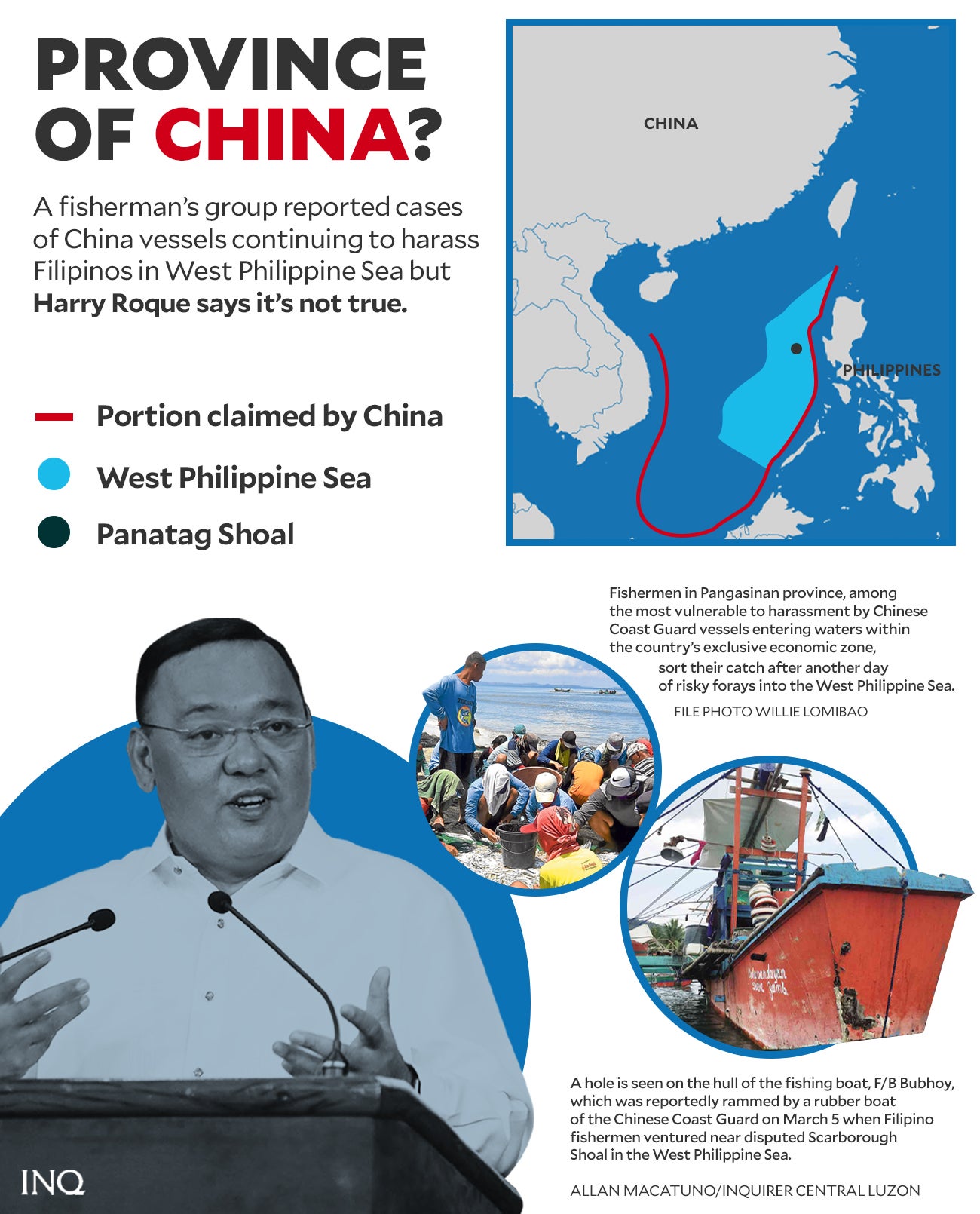 This was, however, dismissed by presidential spokesperson Harry Roque as a lie, despite the well-documented accounts of Filipino fishermen. Roque’s reply to the group sounded like what China would have said, too.

Critics said the Philippines has yet to leverage the 2016 South China Sea arbitration court ruling that rejected China’s bogus nine-dash line claim—a decision that largely favored the Philippines and is widely-backed by the international community.

Duterte, who had just assumed office when the ruling was issued, took a different turn from the policy of his predecessor, the late Benigno Aquino III, to stand up to China’s bullying. Duterte threw the arbitral ruling aside in exchange for loans and investments from China. With less than a year before Duterte steps down, these supposed Chinese investments remained unfulfilled. 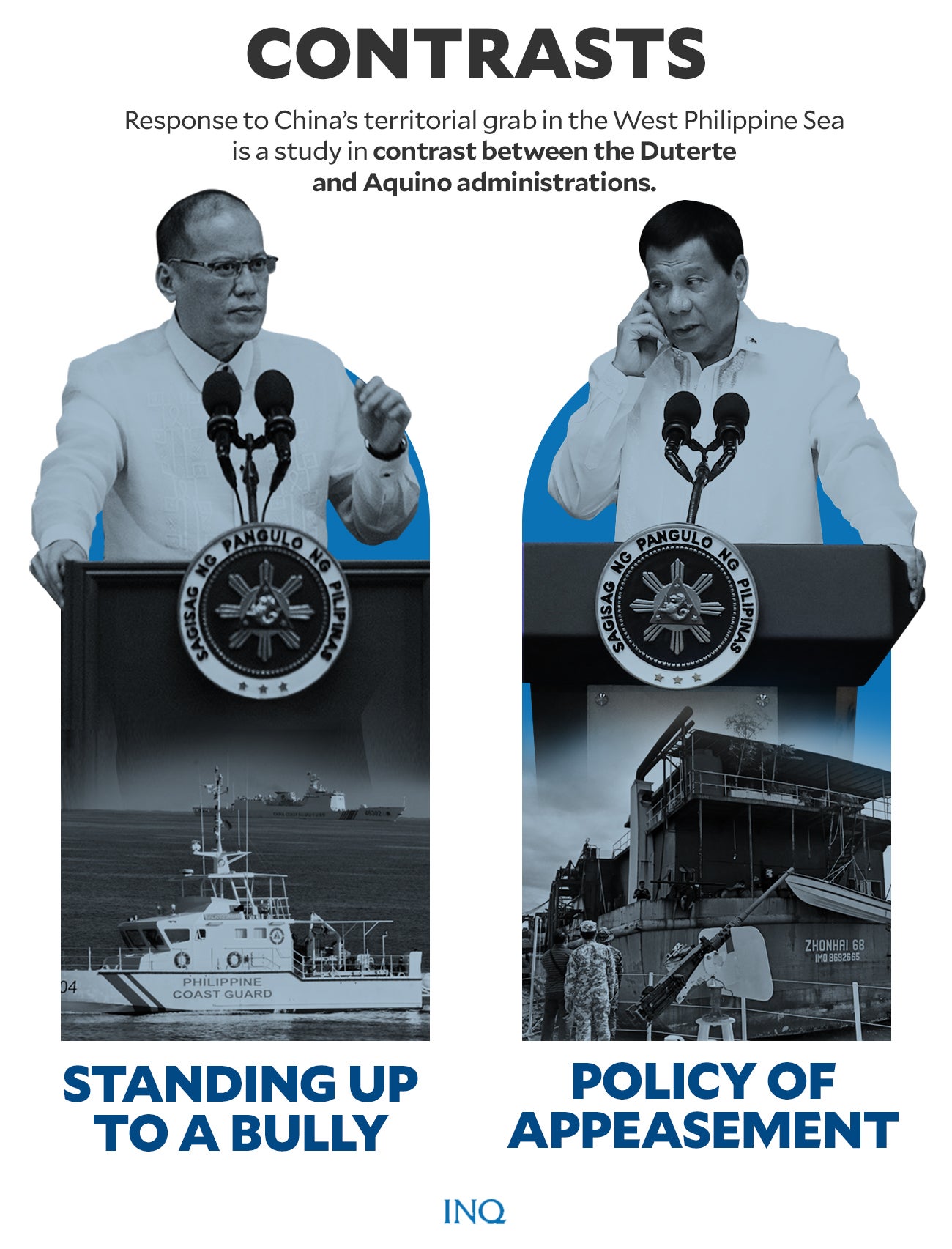 Despite the Duterte administration’s portrayal of rosy ties with China, at sea, Beijing continued with its aggression.

Early this year, the Philippine government expressed alarm as it exposed the massive presence of Chinese militia vessels in Philippine waters. This was followed by a string of diplomatic protests against Beijing and hawkish statements from top defense and foreign affairs officials condemning illegal Chinese presence.

To back the protests, the Philippines increased its maritime patrols in response to the blatant Chinese incursions, but this was largely ignored by China which continued to keep hundreds of vessels inside Philippine EEZ.

Duterte kept silent for weeks on the issue. This was the reason China would not take the Philippines’ protests seriously, retired Supreme Court Justice Antonio Carpio said at the time.

If one is silent and afraid, then he is not truly independent, said maritime expert Prof. Jay Batongbacal at a recent forum hosted by Center for Liberalism and Democracy.

“If it is true that we are an independent, sovereign nation, then we should always act and assert our sovereign rights,” Batongbacal said.

“It is part and parcel of being independent,” he said.

Duterte has often argued that taking action in the West Philippine Sea to assert Philippine sovereignty would lead to war, a narrative that has been long debunked by experts and former government officials.

As Duterte clung tightly to China, he distanced the Philippines away from its former colonizer and longtime treaty ally, the United States. Soon after Duterte took office, his hostility toward the US bore fruit. Joint Philippine-US patrols and naval exercises in West Philippine Sea have been suspended indefinitely and US troop presence in the Philippines was scaled down.

In June, Duterte continued to put in limbo the decades-old Visiting Forces Agreement (VFA) with the US by suspending for the third time the effectivity of his decision to scrap it.

Philippine defense and military establishments have been vocal in their support for keeping VFA, which was seen as a deterrent to China’s growing appetite to grab territory in South China Sea.

The Duterte administration rejected criticisms it was selling out Philippine sovereignty to China although it became clear that it did not have any mechanism to enforce that sovereignty in West Philippine Sea.

“We have done all that we could, given the absence of an enforcement mechanism under international law,” Roque said last July 12, fifth anniversary of the Philippines’ win in the Permanent Court of Arbitration in The Hague.

“Because there’s no police to enforce it, the government is taking all steps to give life to that decision,” Roque said in Filipino.

“That includes the President’s speech at UN General Assembly where he said the arbitral decision is already part of international law,” Roque said in Filipino.

Duterte won international praise at the UN General Assembly in September 2020 when he declared “the award is now part of international law” and that “we firmly reject attempts to undermine it.”

Even the biggest critics of his policy to pivot to China commended Duterte for invoking the arbitral ruling.

But months later, in one of his public addresses, he dismissed the ruling once again, calling it a worthless piece of paper meant to be thrown in the trash can. Those were the exact words that Beijing used to belittle the ruling when it first came out in 2016 and just recently.

“President Duterte was ‘loving’ and embracing China over and above the interest of the country and its people,” said Del Rosario, who had been called a “traitor” publicly by Roque.

“Instead of standing up for his own people, the president is tyrannically forcing us to be silent against China’s encroachment of our territory and maritime entitlements,” Del Rosario said.