We are PDP-Laban, Pimentel insists 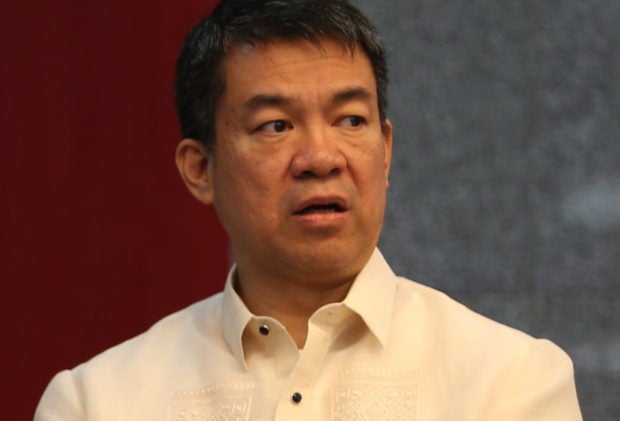 “The mastermind kept the party president (Sen. Manny Pacquiao) ‘blind’ about all his plans. That’s not allowed. Cannot be done in PDP-Laban,” he told the Inquirer, referring to Cusi, who had himself installed as the new party president during Saturday’s event at Clark, Pampanga.

In a Viber message, Pimentel said the true PDP-Laban leadership did not recognize the July 16 to 17 meetings called by Cusi, the erstwhile vice chair earlier expelled by the Pacquiao group.

“As far as the present PDP-Laban leadership is concerned, we will continue to function as the party,” he said, dodging questions on the steps the Pimentel wing will take next.

Aside from logistical practicalities, political parties and coalitions are granted several privileges by the Omnibus Election Code and other election laws, particularly the right to appoint poll watchers and get the sixth copy of election returns.

The deadline for the registration of political parties was on April 30.

But according to Commission on Elections (Comelec) Resolution No. 10695, issued on Feb. 10, the deadline for the submission of the required Sworn Information Update Statement of political parties and coalitions will be on Aug. 15.

‘We proceed as the party’

Asked by the Inquirer if his group intends to petition the Comelec to determine the legal party leadership, Pimentel only said: “We proceed as the party.”

The senator, however, had no direct response to Duterte’s role in the gatherings nor his provocative remarks taunting Pimentel and saying it was his fault that Pacquiao was improperly appointed as the PDP-Laban leader in December.

“I am happy the president still remembers me,” was Pimentel’s only reply when asked to address the president’s comments.

Duterte told the assembly on Saturday that Pacquiao’s designation as acting party president, replacing Pimentel, was not allowed by the party’s bylaws and Constitution, but only the Comelec and the Supreme Court can determine that point of law.

“Koko was the one who made the mistake, not Pacquiao. Pacquiao does not know anything. He just does what he is told, he doesn’t read,” he said.

“You cannot have an acting president. You have to elect people,” Duterte, a lawyer, surmised.

The President also mocked the origins of PDP-Laban, saying it was only under his leadership that it became relevant. “May I just remind Koko that this party PDP was asleep for a hundred years. It only woke up during the election and I ran for the presidency under the ticket,” he said.