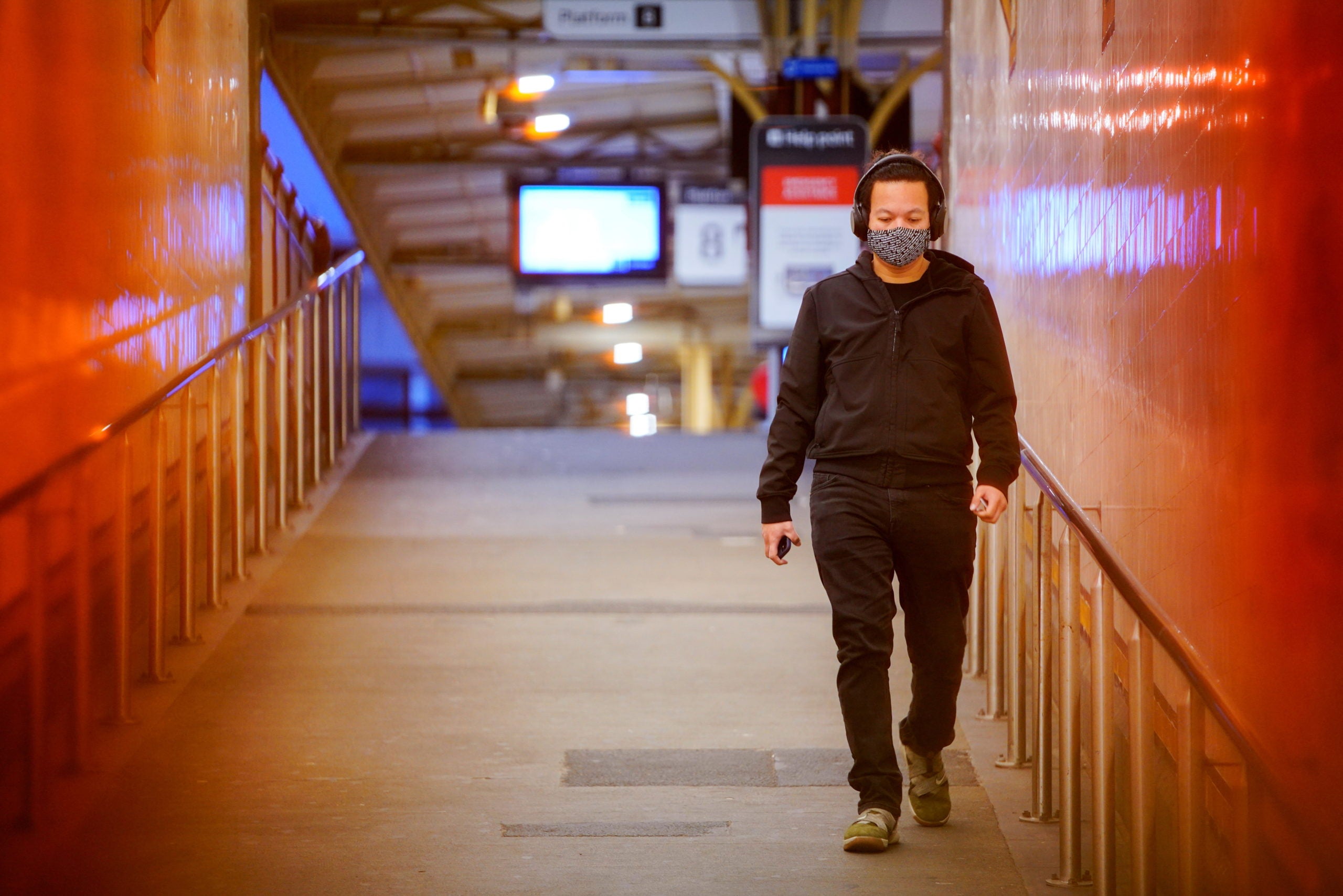 FILE PHOTO: A lone passenger wearing a protective face mask walks from a deserted train platform at Flinders Street during morning commute hours on the first day of a lockdown as the state of Victoria looks to curb the spread of a coronavirus disease (COVID-19) outbreak in Melbourne, Australia, July 16, 2021. REUTERS/Sandra Sanders/File Photo

SYDNEY — Australia’s two largest states on Sunday reported slight declines in new COVID-19 infections, prompting authorities to say it could be days before tough lockdown measures showed progress in containing the spread of the Delta variant.

The country’s most populous city, Sydney, and all of Victoria state – totaling nearly half the 25 million national population – are under stay-home orders after a flare-up of the highly infectious virus strain began last month.

New South Wales (NSW) state, of which Sydney is the capital, reported 105 new cases in the previous day, down from 111 the day before, while Victoria logged 16 new cases, down from 19.

NSW also recorded an additional death from the virus, taking the total to four since the start of the year and the national total to 914 since the pandemic began.

“Working together we will start to see those numbers nudge, and are throwing all of our resources and efforts to making that happen,” said NSW Premier Gladys Berejiklian at a televised news conference.

“We want to make sure that we allow families and businesses, in particular, to bounce back as soon as we can and that is why we are throwing everything at it in the next two weeks.”

A day earlier, Berejiklian tightened restrictions on the city of five million people, including a shutdown of all building and property maintenance works and bans on some 600,000 people in the worst-affected suburbs from leaving their immediate neighborhood for work.

The construction shutdown would mean up to 500,000 people were unable to work, local media reported, including those involved with major civil works projects, although the government says workers who are stood down will still receive wages via relief payments.

Of particular concern to authorities is the number of infectious people circulating in the community before being diagnosed, which stood at 27 on Sunday, roughly in line with recent days. Berejiklian said it appeared unlikely the number would be near zero by a July 30 target in order to lift restrictions.

She added that the number would likely begin falling in five days “because there is a lag in the data” and that she would not rule out changing restrictions further.

Neighbouring Victoria, with 7 million people under a five-day lockdown scheduled to end on Tuesday, said all 16 new cases were linked to known chains of transmission.

“It is unfolding as we had hoped it would but that is not to say that any extra case is good news,” said Victoria Premier Daniel Andrews.

“It is too early for us to determine whether we will be able to come out of this lockdown at midnight on Tuesday,” he added, noting that one of the new cases was in a country town 540 km (335 miles) from Melbourne, indicating rapid geographic spread.

Australia avoided the high infection and fatality numbers of many other countries in the initial stages of the pandemic due to swift border restrictions, stay-home orders, and economic stimulus.

But a year and a half on, the federal government is under pressure due to a sluggish vaccine rollout, blamed by some experts on changing regulatory advice for the AstraZeneca vaccine and limited supply of the Pfizer Inc drug.

Just over 10% of Australia’s 25 million people are fully vaccinated, a fraction of the rates in the United States and Britain.