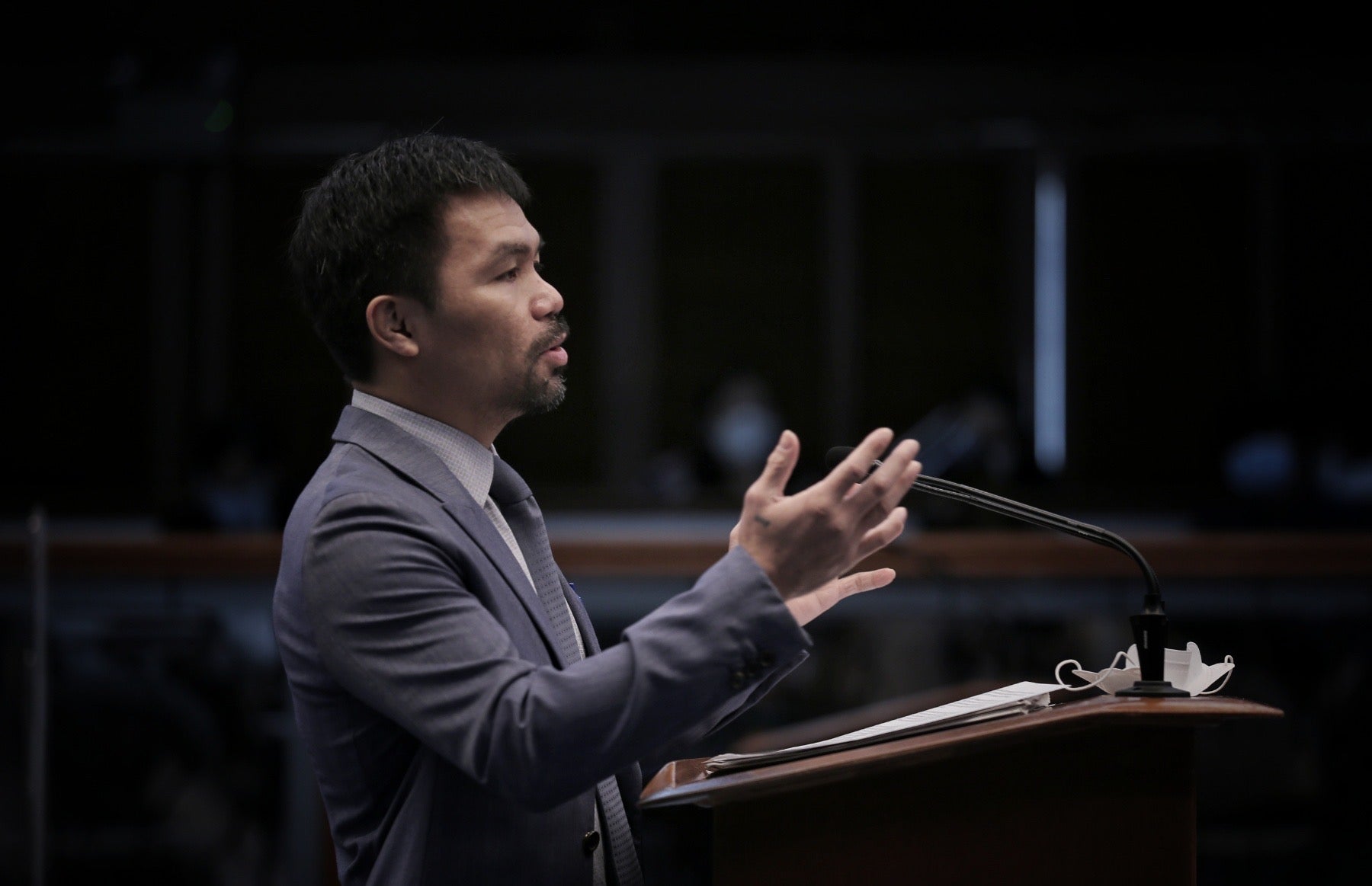 MANILA, Philippines — The government should now focus on its efforts to deal with the COVID-19 Delta variant instead of politics, Senator Manny Pacquiao said Saturday following his ouster as president of the ruling Partido Demokratiko Pilipino–Lakas ng Bayan (PDP-Laban) party.

(It is saddening that the Delta variant has already entered the Philippines and if its spread is not stopped, it could infect many. This should be the priority of the government.)

(If Cusi and his allies think that politics is more important now, let them be. In the end, only one question needs to be answered. Who will the nation choose?)

Pacquiao issued the statement moments after the national assembly of the PDP-Laban, led by the faction of Cusi, declared 16 party posts vacant, including the one being held by Pacquiao as party president.

The PDP-Laban opened the national assembly where members are set to elect its new set of officers, amid two factions that now appear to be forming within the party: the one with Pacquiao and the other with Cusi.

President Rodrigo Duterte was present at the national assembly.