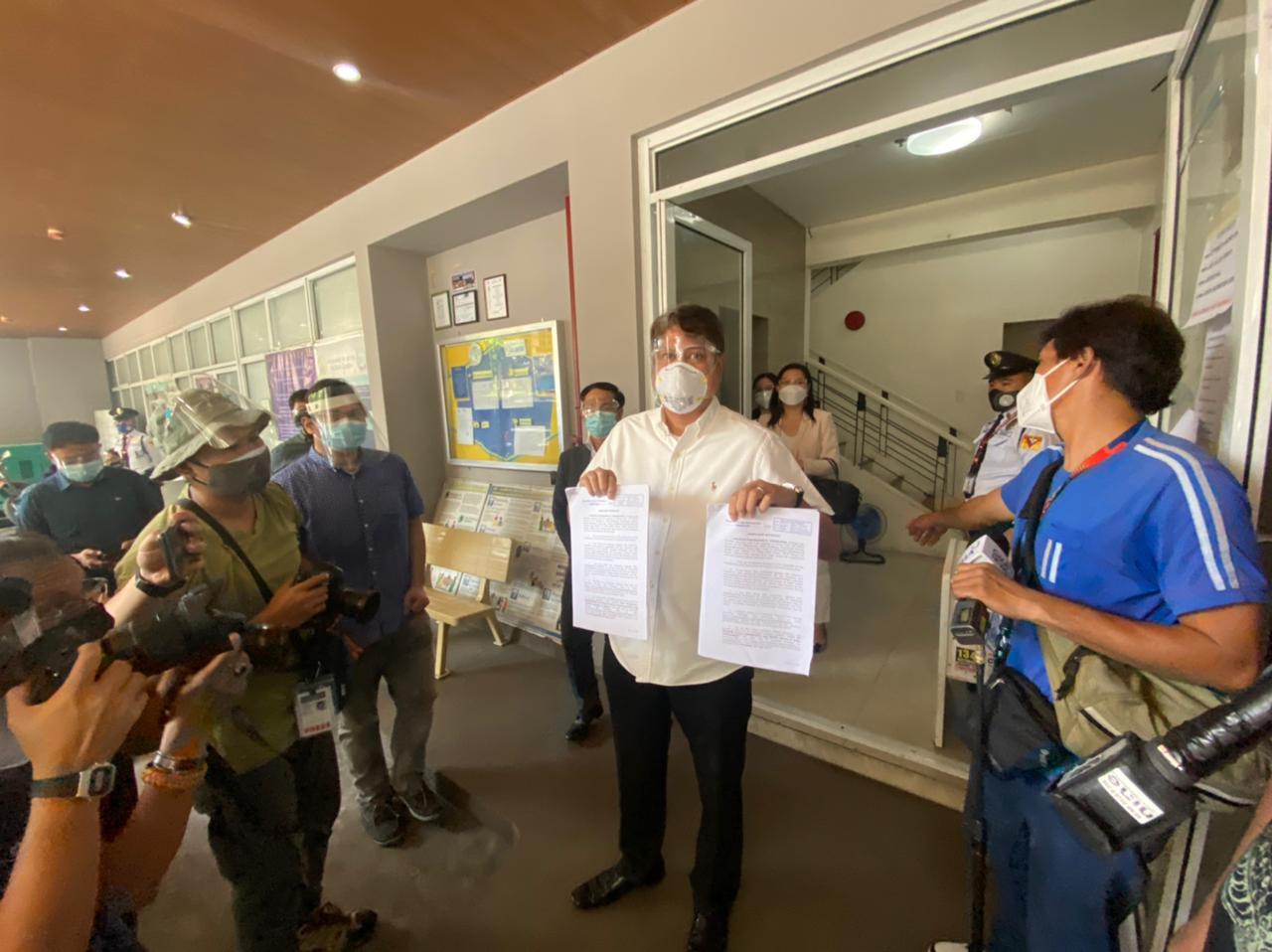 MANILA, Philippines – Senator Francis Pangilinan on Friday filed a complaint for cyberlibel before the Department of Justice against the owners of two YouTube channels and the country manager of Google for posting videos claiming he physically abused his wife, actress Sharon Cuneta-Pangilinan.

The complaint for cyberlibel or for violation of Republic Act 10175 or the Cybercrime Prevention Act of 2012, was filed against the owners of the YouTube channels Starlet and Latest Chika. Also named in the complaint is Google’s country manager.

On May 20, 2021, Starlet posted a video claiming that Pangilinan allegedly begged his wife not to file a case against him.

“Said video contained statements that I physically hurt or abused my wife, Sharon Cuneta-Pangilinan, and that she and our daughter, KC, filed a case against me for physical injuries,” Pangilinan said in his complaint.

A day later, on May 21, 2021, Latest Chika also posted a video on YouTube, quoting sources that the actress, already filed a case against the senator.

On May 28, Cuneta-Pangilinan posted a video on Instagram denying the rumors.

However, Pangilinan said despite the denial, Starlet and Latest Chika did not take down their videos and garnered more viewers on YouTube.

“The contents of the videos are all false, have no factual basis, and are intended to destroy or damage my reputation as a Senator, public servant, and a husband to one of the most beloved celebrities in the Philippines, my wife Sharon. More importantly, the libelous videos are meant to destroy the family,” Pangilinan said.

Meanwhile, Google’s country manager was included in the complaint because according to the senator, it is the country manager’s duty to “ensure that the employees exercise the necessary diligence in ascertaining the existence of defamatory videos and the removal of such in order to maintain the Community Guidelines and its Policy, Safety, and Copyright Policies.”

Google acquired YouTube in 2006. In YouTube’s Terms of Service, the entity providing the service or its service provider is Google.

Pangilinan said that of the 82 videos they had reported to Google, none were found to be defamatory.