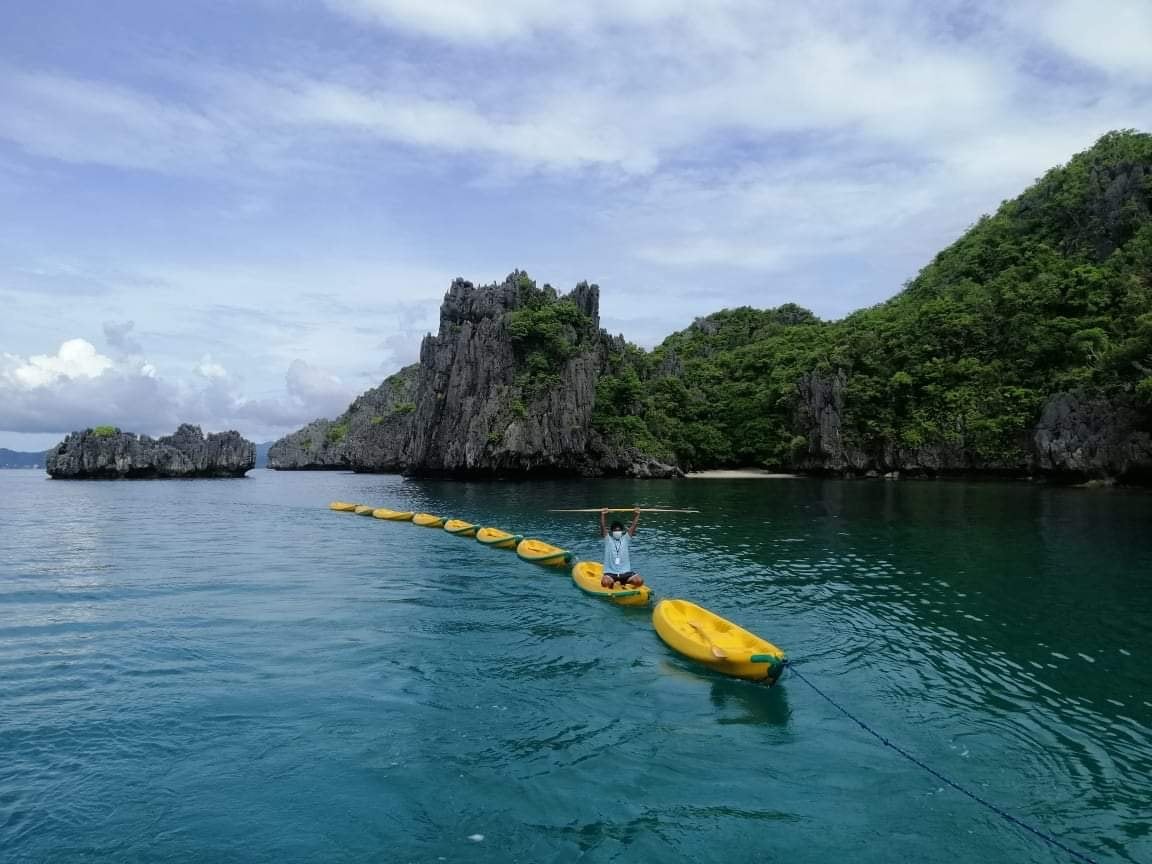 SLOWDAY A boatman sits by his lonesome on Tuesday among a row of kayaks that tourists normally use in visiting El Nido’s popular Small Lagoon and other islets in Bacuit Bay. Leisure travel to
El Nido in Palawan, one of Asia’s best tourismdestinations, has been hobbled by the pandemic-induced travel restrictions. —MARICAR CINCO

The local government of this northern town of Palawan has recently sought help from the Department of Tourism (DOT) and other national agencies for its vaccine rollout, mostly intended for the 5,196 displaced tour guides and boatmen, according to El Nido tourism officer Shirlette Somayo.

For the rest of the province, Arnoldo Valdez Jr. of the Palawan tourism office said they hoped to start vaccinating about 30,000 tourism workers as early as next week or once more vaccines become available.

The DOT is working with the National Task Force Against COVID-19 to vaccinate tourism workers in El Nido, San Vicente, Coron, Puerto Princesa City, all in Palawan; as well as in other tourism destinations, like Bohol and Siargao.

El Nido, whose Nacpan Beach made it to the list of top beach destinations in Asia in a travel survey just last March, is groaning under movement restrictions since the pandemic began last year.

“Before the pandemic, [locals] could make a living out of selling almost anything. But now, even ‘ukay-ukay’ (used clothes store) can’t make any sale,” Acosta said in a meeting with local and Metro Manila-based tour operators who were in the town on Thursday.

In the same briefing, Valdez turned emotional as he reported the same situation across Palawan, which also boasts popular beach sites in Coron town and Underground River in Puerto Princesa City.

“We haven’t been able to pick up yet,” he said.

El Nido, with a population of about 41,000, has so far fully vaccinated only 3.6 percent of its adult population, mostly health workers and senior citizens, with vaccines allocated by the national and provincial health units.

It has placed an order through a tripartite deal with the national government for 30,000 doses but supplies have yet to arrive.

Municipal Administrator Raffy Cabate said El Nido had opened up some DOT-accredited resorts on July 7 but only for domestic tourists traveling in a “bubble” or point-to-point flights from Metro Manila.

Tourists, including the fully inoculated ones, are still required to present a negative reverse transcription-polymerase chain reaction swab test result, instead of vaccination cards.