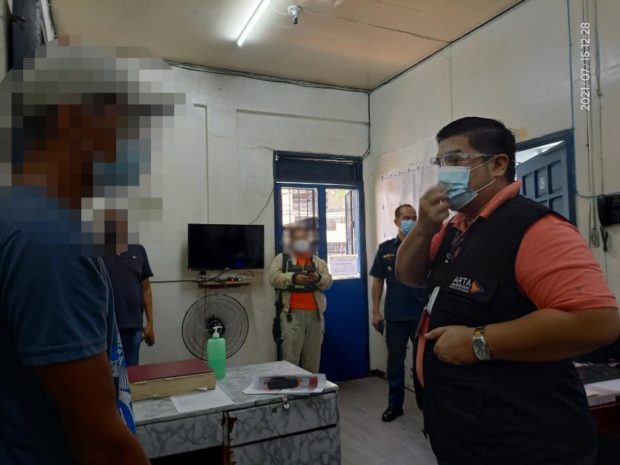 MANILA, Philippines — The division chief of the Land Transportation Office (LTO) and other local officials may face charges from the Anti-Red Tape Authority (ARTA) after another fixer was arrested in an entrapment operation on Thursday.

Information from ARTA showed that one of their undercover agents working with the Philippine National Police’s Criminal Investigation and Detection Group (CIDG) was approached by a fixer on Wednesday, July 14, to offer assistance regarding the student driver permit application.

Secretary Jeremiah Belgica, ARTA’s director general, said that they would file the charges as authorities in the area appear to let such illegal activities persist within their jurisdiction.

(We would be filing a case against the officials inside LTO, including barangay officials, because it happened in the same area again.)

(We have asked them to help and coordinate to ensure that fixers can no longer operate in the area, but it seems they are still doing their business.)

The fixer, identified by police as Crisanto Dela Peña, 40, and a resident of Caloocan City, allegedly said that he would process the undercover agent’s student permit for P4,000, inclusive of a medical exam result and the release of the permit.

However, changes in 2020 now require potential applicants for student permits to undergo a 15-hour theoretical driving course to ensure drivers are competent before even being allowed to take on the road.

ARTA said that this 15-hour driving course often takes three days to complete — and in the case of the fixer, would be processed only in exchange for the P4,000 payment.

In contrast, the permit only costs around P317, whereas the theoretical driving course is free if taken within the LTO Driver Education Center

After the fixer and the undercover agent agreed to meet and discuss the transaction at an agreed place by 10:00 a.m. on Thursday.  After they met, Dela Peña was later arrested by elements of ARTA-CIDG.

Currently, the suspect is under the custody of CIDG and will face charges for violating sections of Republic Act No. 11032 or the Ease of Doing Business and Efficient Government Service Delivery Act of 2018.

It also appears that this is not the first time LTO Caloocan and the barangay’s attention was called, as ARTA and CIDG also arrested a fixer in the area last June 30, for operating the same modus operandi used by Dela Peña — asking for P4,000 in exchange for processing the student permit application of the undercover agent.

The operation back then stemmed from a media personnel’s complaint about the proliferation of fixers in the area.

During the operation last June 30, Belgica went on the ground and discussed the issue with LTO Caloocan Licensing Office Chief Romeo dela Cuesta.  During the meeting, Belgical told dela Cuesta that the problem still concerns LTO and his office, even if transactions occur outside their physical lot.

In that meeting, Belgica also urged the LTO Caloocan chief to investigate whether any of his staffers colluded with fixers.

(You cannot reason out that you cannot get involved in it because it happens outside your office.  Let us clean your office’s facade. We can call police officers, call ARTA. We can man these kiosks outside.)