Scuttlebutt! Australian PM denies soiling himself at fast-food resto over 20 years ago 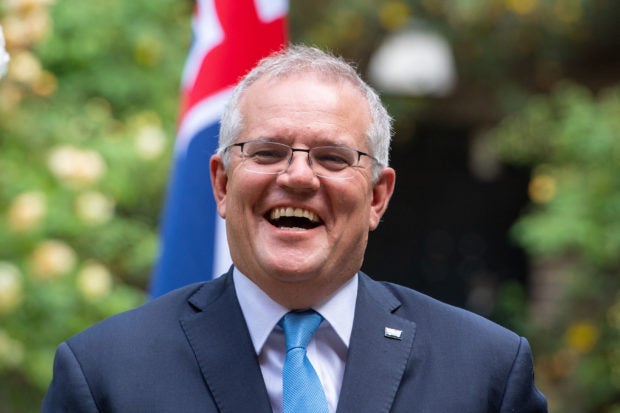 SYDNEY — Australian prime minister Scott Morrison has broken his silence on a persistent rumor that he soiled himself in a McDonald’s restaurant more than 20 years ago, insisting Thursday it was “utter rubbish.”

Social media users have long bandied about a tale that the now-leader soiled himself at the fast-food outlet in suburban Sydney after watching his favorite rugby league team, the Cronulla Sharks, lose the grand final in 1997.

While being interviewed on a breakfast radio show about his conservative government’s coronavirus response, Morrison abruptly decided to squash the rumor — which has turned “Engadine Maccas” into internet folklore.

“Hey, can I clear up one thing with you guys from ages ago?” he asked the KIIS 1065 radio hosts, who confirmed he was preparing to discuss defecation.

“It is the biggest urban myth ever, it never happened. It is complete and utter rubbish,” Morrison said.

“I found the whole thing incredibly amusing, and we’ve always joked about it… as I’ve driven past it on occasion, do you wanna pop in for a Big Mac?”

Morrison went on to insist again that the story was false.

“Some of the funniest yarns are the ones that aren’t true, and that’s one of them.”