Four people dead, over 30 missing after flooding in Germany 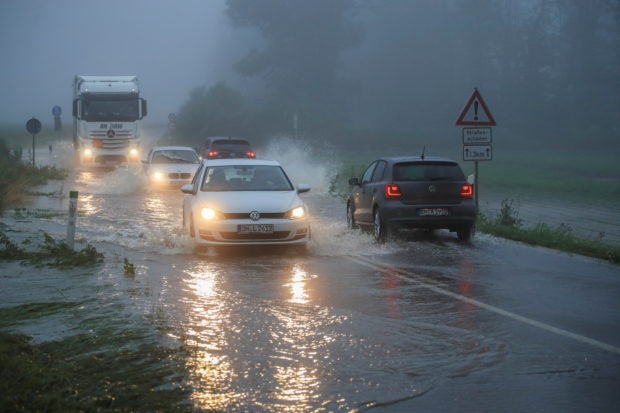 BERLIN — Four people are dead and more than 30 missing following flooding and heavy rain in western Germany that caused half a dozen houses to collapse, police said Thursday.

The deaths were reported in the Ahrweiler district, which is a wine-growing region on the Ahr river that flows into the Rhine.

About 25 more homes are at risk of collapse in the district of Schuld bei Adenau, in the hilly Eiffel region, media reports said, citing police.

Two firemen drowned and the army was deployed to help stranded residents on Wednesday, after a slow-moving low-pressure weather system caused once-in-a-generation floods.

Rail, road, and river transport were disrupted with shipping suspended on the Rhine river.

Heavy rainstorms could be expected in southwestern Germany on Thursday, with continuous rains until Friday evening, the German Weather Service warned in a morning bulletin.