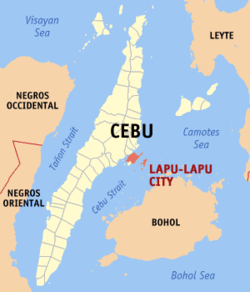 Based on the latest monitoring report of the independent research group, the reproduction number,  or the rate of infection, in Cebu City and Lapu-Lapu City both increased to 1.37 and 1.80 respectively from July 8 to 14.

OCTA said the only other local government unit with a very high infection rate was Mariveles, Bataan, which recorded more than 200 new cases in one day.

FEATURED STORIES
NEWSINFO
Coast Guard finds claims of Chinese boat crew ‘suspicious’
NEWSINFO
Senate panel OKs bill seeking to split biggest barangay in PH into six villages
NEWSINFO
Why require school records? Senators hit delay of P100,000 cash gift for centenarians
It added, however, that the LGU reported very low numbers in the subsequent days, which suggests that the spike in cases was due to a clustering from lags in data reporting.

Mariveles is still considered a very high-risk area for COVID-19.

The table below from OCTA Research shows LGUs outside Metro Manila with the highest number of new COVID-19 cases from July 8 to 14.

Davao City still has the highest number of average daily new cases from the said period. 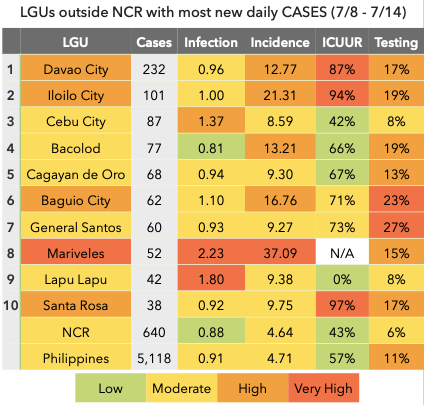 OCTA said the NCR Plus area, which covers Metro Manila, Cavite, Laguna, Rizal, and Bulacan, would benefit from an extension of the general community quarantine until the end of July.