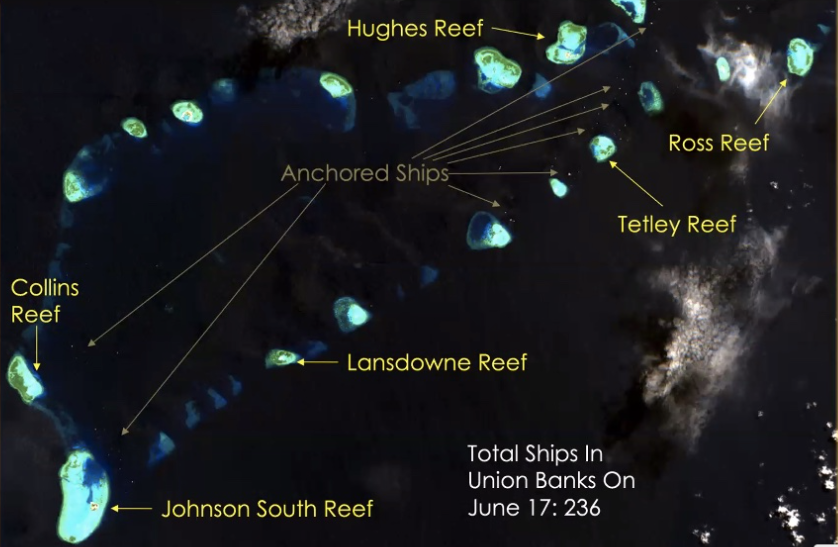 MANILA, Philippines — The Makabayan bloc in the House of Representatives wants an investigation into the alleged dumping of human wastes and sewage in several parts of the West Philippine Sea (WPS) by Chinese ships.

The Makabayan lawmakers filed House Resolution No. 1961 on Wednesday, a copy of which was shared to the media on Thursday, after reports that Chinese ships have dumped human waste in parts of the WPS.

“The constant dumping of human waste and sewage of vessels seriously destroys the reefs and marine life in the West Philippine Sea. This could lead to a decrease in food supply and could eventually result in a hunger crisis for the entire world since the West Philippine Sea became the source of food for migratory fish,” the lawmakers said.

“This brazen act of Chinese vessels is a brazen manifestation of China’s utter disrespect to the sovereignty and landmark victory of the Philippines on the West Philippine Sea dispute,” they added.

Earlier this week,  it was reported that a Chinese vessel had dumped waste in a region where China, the Philippines, and other nearby nations claim sovereignty.

Liz Derr, co-founder, and CEO of the U.S. geospatial firm Simularity, relayed in a forum hosted by Stratbase ADR Institute that hundreds of ships have been dumping waste and sewage in the area — including human feces.

Defense Secretary Delfin Lorenzana said the Department of National Defense (DND) is verifying the report, as he pointed out that the accompanying photo depicting the incident, as shared by Simularity, showed a ship in the Great Barrier Reef.

Still, Lorenzana said he has ordered the Western Command to verify and investigate the matter — which if true, he explained, will certainly damage the marine ecosystem.