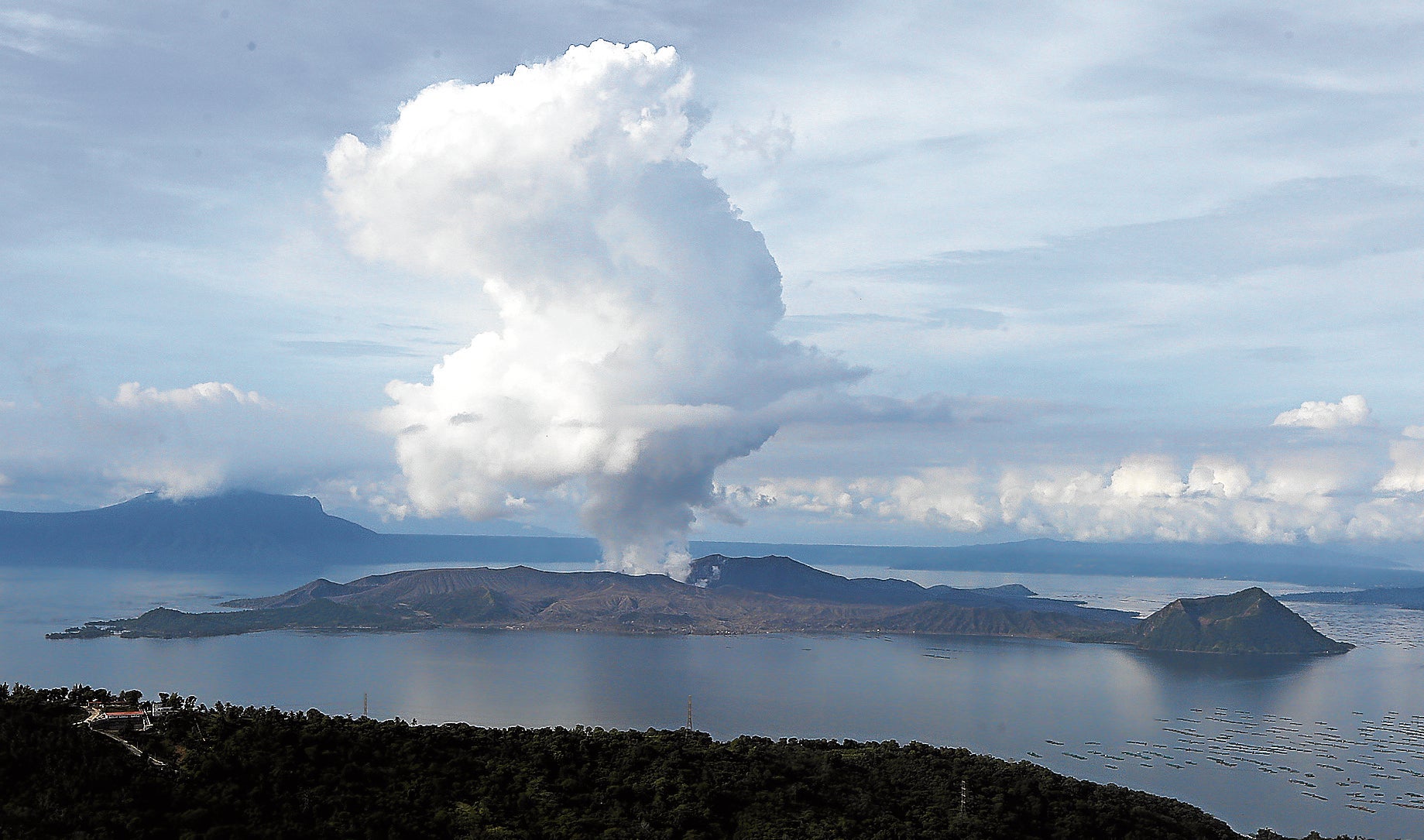 MANILA, Philippines — The Philippine Institute of Volcanology and Seismology (Phivolcs) on Thursday said it recorded 17 volcanic earthquakes in the Taal Volcano over the last 24 hours.

In its latest advisory, Phivolcs said that of the 17 tremors, 16 had durations of one to 36 minutes, with one low-frequency earthquake.

Meanwhile, Philvolcs is also monitoring a low-level background tremor that has persisted since July 7.

Alert Level 3, which was raised on July 1 after Taal Volcano had a phreatomagmatic eruption, remains in effect.

According to Phivolcs, the entire Taal Volcano Island remains a permanent danger zone, meaning entry into the island as well as high-risk barangays in the towns of Agoncillo and Laurel are prohibited due to the hazards of pyroclastic density currents and volcanic tsunami (should strong eruptions occur).

Communities around Taal Lake are also advised to remain vigilant and calmly prepare for possible evacuation should unrest intensify.