Health exec after hearing about ‘four-shot’ Zamora: Be fair 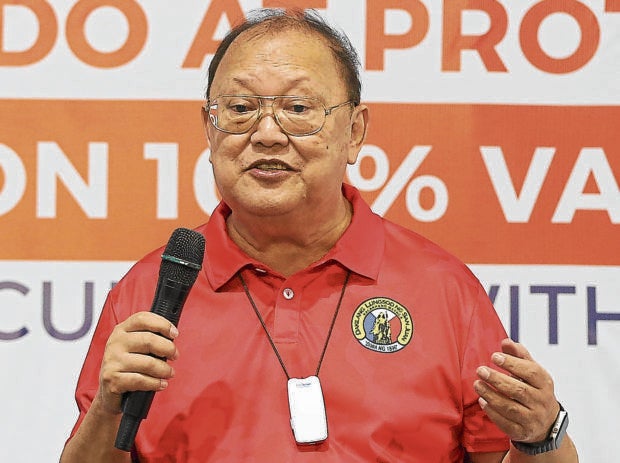 MANILA, Philippines — Following San Juan Rep. Ronaldo Zamora’s admission that he received four doses of the COVID-19 vaccine — two doses each of Sinopharm and Pfizer — an official from the Department of Health (DOH) said citizens have a duty to be fair.

In an online forum on vaccine awareness organized by the Philippine Society of Endocrinology, Diabetes and Metabolism (PSEDM), Dr. Beverly Ho, director of the Health Promotion Bureau of the DOH, said the public, including government officials, should remember that every extra dose they appropriated for themselves was a dose taken away from another unvaccinated person.

“We have standards to follow so that the vaccine program is safe and efficacious, and more importantly, equitable,” Ho said, when asked to comment on Zamora’s decision to receive the “bootleg” Sinopharm vaccine and two additional doses of the Pfizer vaccine six months later.

Zamora had publicly said that he received the first two doses of Sinopharm in December last year, but since he was immunodeficient, he said his doctors advised him to get two booster shots of the Pfizer jabs.

The Philippines started its vaccination program only last March and Sinopharm received its emergency use authorization only in June.

Ho reminded the public that the Philippines was still a long way away from its vaccination targets.

“Not everyone has been vaccinated, and it is our job as citizens of the country to be fair to the rest of the population,” she said.

No rush for boosters

Vaccine Expert Panel member Dr. Rontgene Solante also reminded the public not to rush to get booster shots since these were not yet recommended.

“We also do not recommend antibody test after getting the vaccine since the serologic tests available right now are not optimized to detect antibodies from vaccines,” he said in the same forum, adding that an antibody test with low or no antibodies formed might give the false impression that the vaccines did not work.

It said another 6,296 individuals had recovered, pushing the total number of survivors to 1.42 million. However, another 140 succumbed to the disease, raising the death toll to 26,232.

The government’s pandemic task force has also included Indonesia in the list of countries with travel restrictions to prevent the entry of the COVID-19 Delta variant, presidential spokesperson Harry Roque said on Wednesday.

He said President Duterte approved the recommendation of the Inter-Agency Task Force for the Management of Emerging Infectious Diseases to ban all travelers coming from Indonesia or those with travel history to Indonesia within the last 14 days preceding their arrival in the Philippines.

Those already in transit from Indonesia and those who came from there within 14 days immediately preceding arrival in the Philippines, and who arrived before 12:01 a.m. of July 16, may still be allowed to enter. But must undergo a 14-day facility quarantine even with a negative reverse transcription -polymerase chain reaction (RT-PCR) result.

—With a report from Jerome Aning