Groups expect Duterte to push for BTA extension in Sona 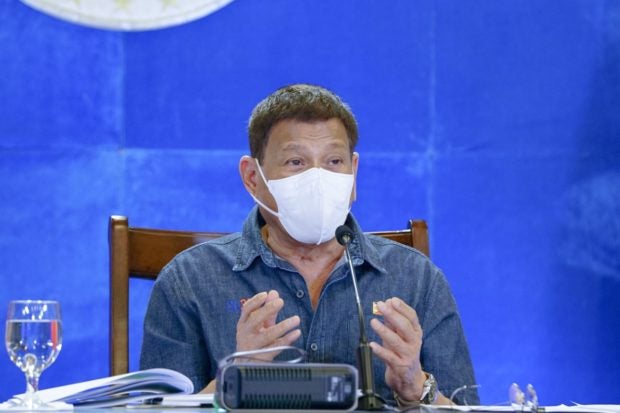 President Rodrigo Duterte in one of his public addresses. Image from PCOO

CAGAYAN DE ORO CITY—As President Duterte delivers his sixth and final State of the Nation Address (SONA) on July 26, peace advocates in Mindanao expect him to endorse as priority legislation the proposal to postpone the 2022 parliamentary election in the Bangsamoro region to extend by another three years the life of its transitional government.

“We hope to hear the president tell Congress to pass the measure extending the term of the BTA during his upcoming SONA,” said Sammy Buat of the Consortium of Bangsamoro Civil Society (CBCS).

Such presidential endorsement, Buat adds, will signal legislators that giving extended time for the Bangsamoro transition is his priority.

Under the Bangsamoro Organic Law, which created the BARMM, the BTA will cease to exist by noon of June 30, 2022, when the first set of elected members of the regional parliament will assume office.

Advocates are worried the time available to have the measure legislated is already tight as the Commission on Election has set the filing of candidacies from October 1 to 8 this year.

“We know that President Duterte shares the view of the need to extend the transition period to give time to build the institutions of the BARMM because three years was not really enough. Add to it the limitations imposed by the pandemic,” Buat explained.

“The establishment of the BARMM is a legacy of the president. Making it succeed in building robust democratic institutions in an extended transition will further cement that legacy,” Buat added.

Buat is worried that if not certified as urgent, the measure to extend the Bangsamoro transition could suffer the fate of the proposed Bangsamoro Basic Law in 2015, which ran out of time in Congress.

“This is why we hope the president will reconsider his stand of staying neutral on the question of whether to postpone or not the 2022 regional election,” Buat explained.

After a series of meetings with Bangsamoro leaders and legislators, Duterte has said in June that he will leave it to Congress to decide on the matter amid the continued opposition to the measure by Cotabato City mayor Cynthia Guiani-Sayadi and Sulu governor Abdusakur Tan.

The measure is now on second reading at the Senate, while at the House, the committee on suffrage and electoral reforms reopened its hearing last Monday.

“The president has immense influence and his support is crucial in pushing for the measure,” said Ustadz Carlito Sagapan of the MILF’s United Bangsamoro Justice Party. “We hope the president will follow his true sentiments,” he added.

When the proposal to extend the Bangsamoro transition was made public late last year, Duterte endorsed it. Due to this, advocates expected that the legislation would come out before Congress adjourned sine die last June 4.

Buat said the president must understand that the proposal is shared by many within the Moro region and even outside.

“Those who have been opposing it are the same ones who opposed the establishment of the BARMM. Now that the regional government is there, they want to have the election soon even as the institutions underpinning it are not yet formed,” Buat lamented.

The Bangsamoro Electoral Code, which provides the framework and mechanism for the parliamentary polls in 2022 is still under discussion in the regional Cabinet.

“The answer to the challenge of making the BARMM succeed is not holding an election but building the appropriate institutions which would embody the ideals [outlined] in the BOL,” Buat said. (Ryan D. Rosauro, Inquirer Mindanao)