Romualdez: Duterte-Duterte tandem a ‘dream team’ for Filipinos in 2022 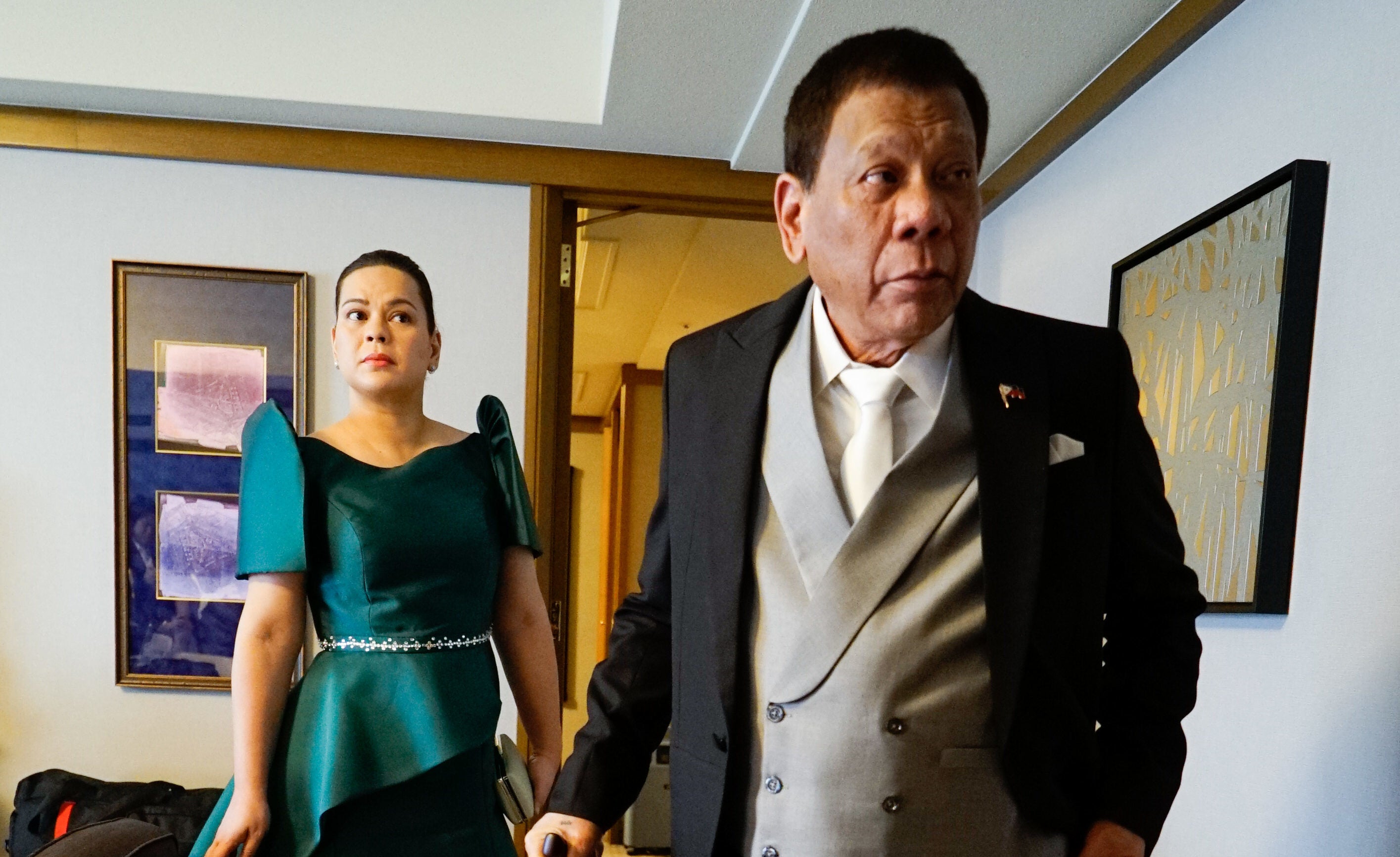 (FILE PHOTO) President Rodrigo Roa Duterte and his daughter, Davao City Mayor Sara Duterte-Carpio, arrive at the Imperial Palace in Tokyo, Japan to witness the Ceremonies of the Accession to the Throne of His Majesty Emperor Naruhito on October 22, 2019. KING RODRIGUEZ/PRESIDENTIAL PHOTO, FILE

MANILA, Philippines — A “Duterte-Duterte” tandem is the “dream team” for Filipinos in the presidential and vice-presidential elections in 2022, House Majority Leader Martin Romualdez said Wednesday.

Romualdez made the remark after the release of a Pulse Asia survey that showed Davao City Mayor Sara Duterte-Carpio leading the presidential race with her father, President Rodrigo Duterte, taking the top spot for the vice-presidential post.

“The result of the latest Pulse Asia survey is a validation of our people’s confidence and satisfaction on the Dutertes’ brand of public service,” Romualdez said in a statement.

“For the Filipino people, a Duterte-Duterte tandem is the dream team in 2022,” he added.

Romualdez said he expects Duterte-Carpio’s numbers to further come up especially after the latter expressed openness in running for president.

“We expect her numbers to climb even higher when the next survey covers the period after she indicated her openness to run for President,” Romualdez said.

“The voters’ preference for President Rodrigo Roa Duterte, on the other hand, is no longer surprising. He has the Vice Presidential post in the bag if ever he decides to seek it in 2022. He is the most qualified, most experienced and most trusted candidate for the job,” Romualdez added.

Romualdez is also a known ally of the President, proof of which was the latter earlier endorsing the House majority leader for vice president.